Bring out your dregs 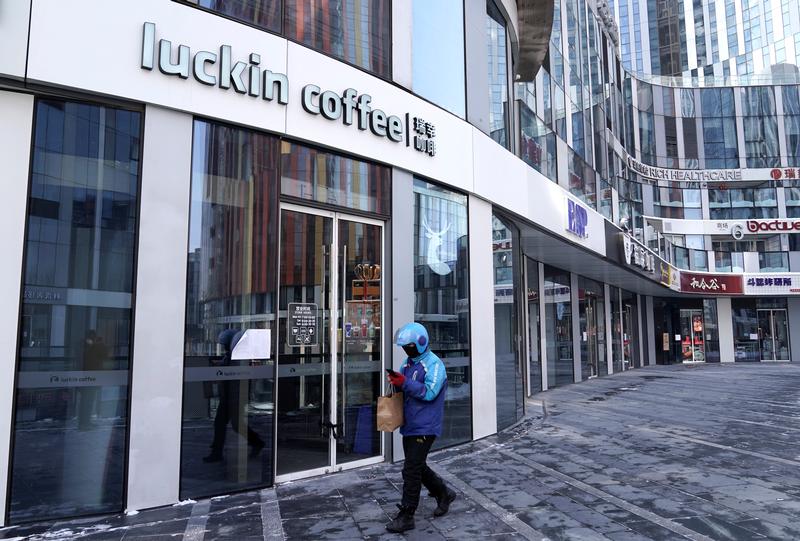 The reeling chain once worth $12 bln is getting booted off the Nasdaq for fraud. Its brand might be toxic, but it has assets and ideas that Yum China, Tim Hortons and HeyTea could buy or adapt. Such deep-pocketed competitors may present a more formidable challenge to Starbucks.

A deliveryman walks past a closed Luckin Coffee store at Sanlitun, as the country is hit by an outbreak of the new coronavirus, in Beijing, China February 7, 2020.

Luckin Coffee shares slumped 36% on May 20 after they resumed trading for the first time in over a month, since the company disclosed potentially fraudulent sales figures, and a day after it said it had received a delisting notice from Nasdaq.

Tim Hortons China said on May 12 it received an investment from Chinese tech giant Tencent, as the Canadian coffee brewer seeks to expand in the People’s Republic.

Yum China said on April 29 that it has formed a coffee shop joint venture with Italy’s Lavazza in China.