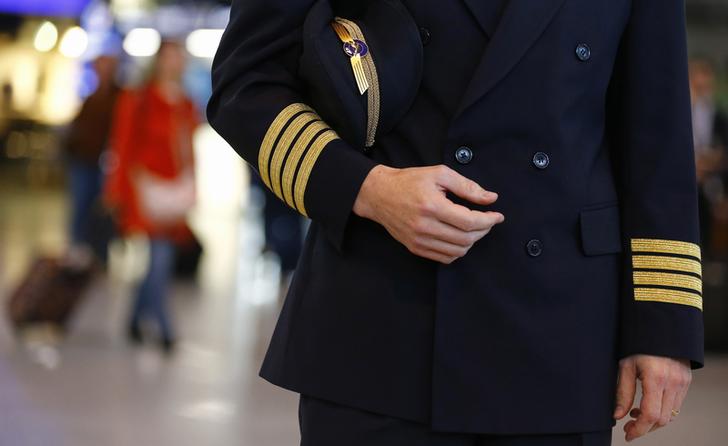 Joerg Handwerg, spokesman of Vereinigung Cockpit, the union for pilots of German air carrier Lufthansa, holds his pilot's hat as he waits for a TV interview at the Fraport airport in Frankfurt April 2, 2014.

German airline group Lufthansa on March 17 forecast slightly higher operating profit in 2016 thanks to lower fuel prices, but expects price pressure from rivals and falling ticket yields as it ramps up its Eurowings budget unit.

Alongside a 1 billion euro drop in its fuel bill for 2016, Lufthansa said it would lower costs, after its 2015 unit costs, excluding fuel and currency effects, increased 2.4 percent.

The group reported operating profit, adjusted for various factors including pension charges and asset sales, of 1.82 billion euros in 2015, in line with its forecast and against the average analyst expectation in a Reuters poll of 1.84 billion euros.

Lufthansa’s Chief Executive Carsten Spohr said on March 17 that the Germanwings tragedy, in which a Germanwings co-pilot crashed his jet into the Alps in March 2015 and killed 150 people, had made 2015 ”an emotionally very challenging year for the Lufthansa Group”.