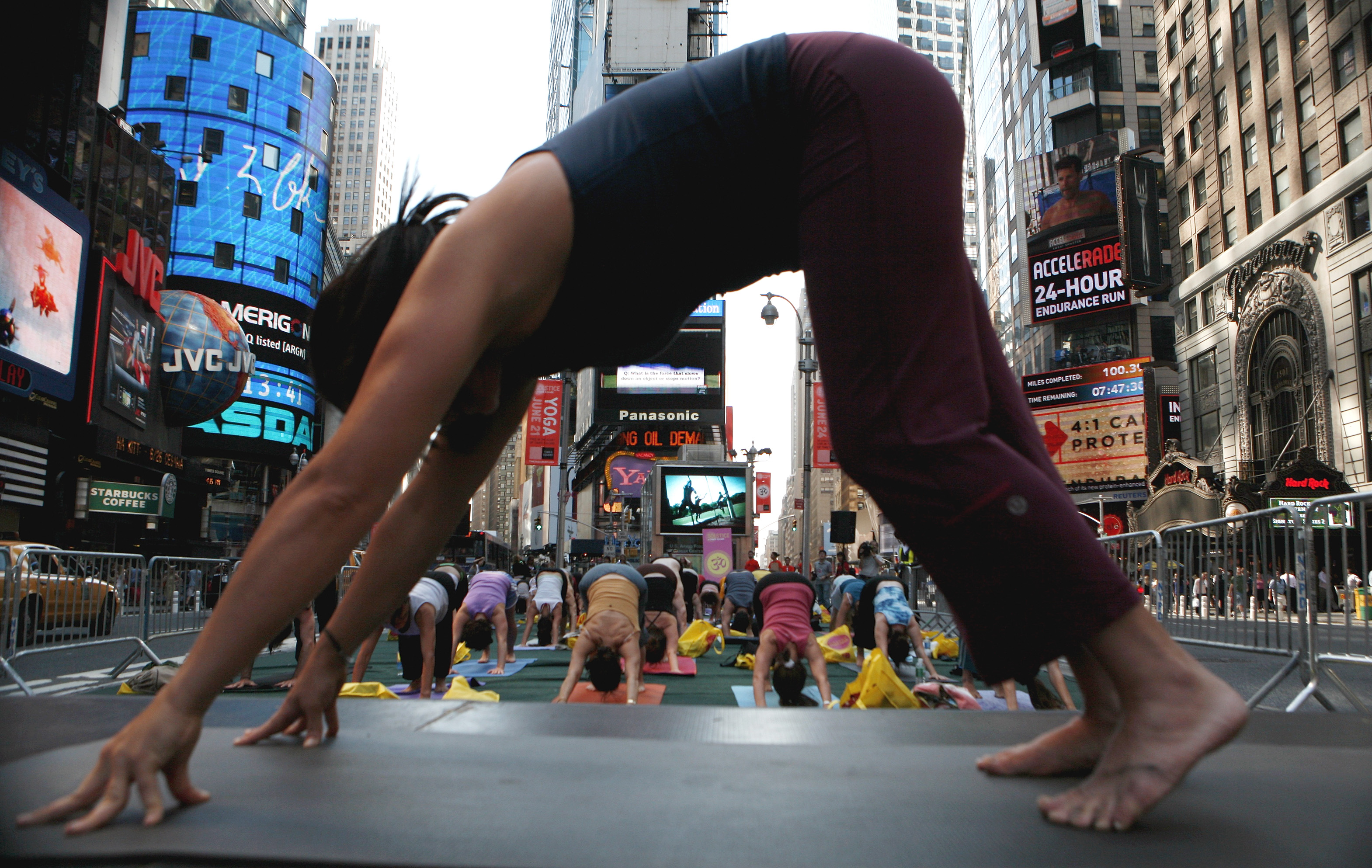 Did Lululemon’s downward dog just take a bite out of the yoga bubble? The $9 billion producer of pricey sweatpants and other athletic apparel rattled investors’ chakras by warning of slowing sales and profit growth. Yoga may still be one of the fastest-growing exercise practices in the world, but Lululemon’s stretched valuation is predicated more on fashion than the proliferation of yogi practitioners.

The Vancouver-based company, whose surfer-founder opened his first store near a beach in 1998, has had a stellar run since going public five years ago at $18 a share. Just last month the stock hit a new high of nearly $80. And the company’s sales have been on a tear, rising from $354 million in 2008 to some $1.3 billion this year.

So it came as a shock when Lululemon on Thursday forecast fiscal second-quarter net revenue of as much as $278 million. That’s below the $289.8 million expected by analysts, according to Thomson Reuters I/B/E/S. The company projected earnings of up to 30 cents a share, below the consensus forecast of 33 cents a share. Investors sliced some 9 percent off the company’s value in response.

But don’t necessarily blame yoga for the slowdown. By all accounts, the business of stretching and breathing (or for bikram followers, sweating) is still in fine shape. More than 15 million Americans practice yoga today, with their ranks growing by some 20 percent annually, according to StatisticsBrain.com. Moreover, these aspiring yogis spend some $27 billion on mats, stretch pants and other accoutrements.

The problem appears to be more a Lululemon phenomenon. The rapid growth of yoga culture – and its attendant fashion – has heated up competition in the space. Deeper-pocketed fashion rivals like Gap and Victoria’s Secret, a division of Limited Brands, have introduced yoga lines at lower prices than Lululemon’s, which appeal to more price-conscious consumers.

Even with the company’s revised guidance, Lululemon is trading at about 31 times estimated earnings. That’s about twice the price-to-earnings ratio that Gap and Limited fetch. Lululemon may still have the brand cachet that its contorting rivals lack. But to believe the company is twice as valuable requires a stretch not even found on a yoga mat.

Lululemon Athletica said on June 7 that it expected the blistering sales growth of its trendy yogawear shops to retreat in the current quarter, sending its volatile stock tumbling anew as investors again questioned its lofty valuation.

The Vancouver-based company, already a fashion phenomenon in its home market of Canada, is rapidly expanding in the United States, targeting its yoga gear and running apparel at young, professional women willing to pay premium prices.

Lululemon forecast fiscal second-quarter net revenue of as much as $278 million, below the $289.8 million expected by analysts, according to Thomson Reuters I/B/E/S. The company projected earnings of up to 30 cents a share, below the consensus forecast of 33 cents a share.