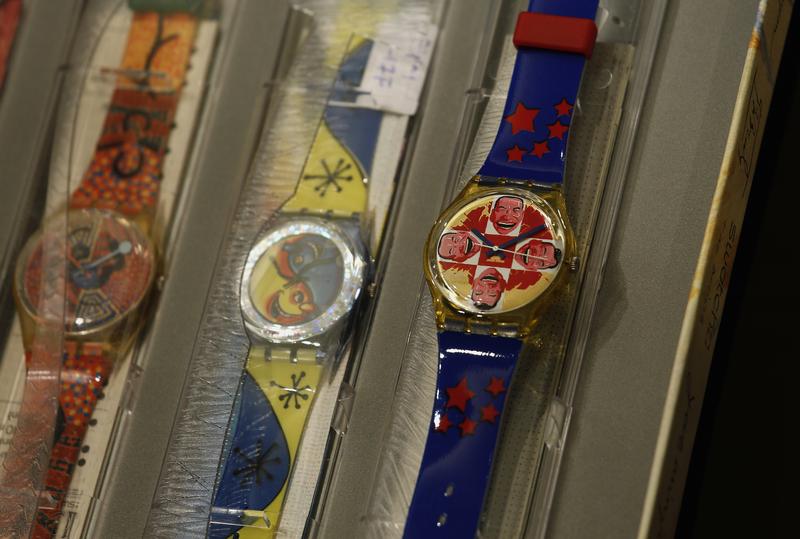 Luxury watch retailer Hengdeli wants to sell its prized China business to its chairman and leave stakeholders Swatch and LVMH with a gutted listed entity. Proliferating empty shells is a real problem in Hong Kong. Better to force a buyout, or block such sales.

A watch featuring a "laughter" artwork by Chinese artist Yue Minjun is displayed as part of a 5,800 Swatch watches and related artworks collection during Sotheby's preview in Hong Kong March 10, 2015. Considered as one of the world's largest Swatch collections in private hands ever known, owner Paul Dunkel has collected Swatch prototypes, limited and special editions between 1983 and 2007. The collection is expected to fetch HK$10 million (US$1.28 million) in an auction on April 7, 2015, according to Sharon Chan, Sotheby's Head of Watches Asia. REUTERS/Bobby Yip (CHINA - Tags: SOCIETY BUSINESS) - RTR4SQ1E

Luxury watch retailer Hengdeli, listed in Hong Kong with a market cap of HK$5.8 billion ($747 million), announced on Dec. 30 in filings to the stock exchange a private transaction that would see its chairman and top shareholder Zhang Yuping acquiring the company’s entire mainland retail and wholesale businesses as well as 75.5 percent of Hong Kong retailer Harvest Max. Zhang owned a 33 percent stake in Hengdeli at the time of the announcement.

Under the terms of the proposed transaction Zhang will pay 3.5 billion yuan ($509.5 million) in cash for the assets. A special dividend of HK$0.2 per share will be distributed to shareholders. The listed entity will retain some retail shops in Hong Kong and Taiwan.

Hengdeli published a profit warning on Feb. 13, saying it expected to record a loss attributable to equity holders of 322 million yuan for the fiscal year ended Dec. 31 2016.

Swatch is Hengdeli’s top shareholder with a 9.2 percent stake. Other international investors include LVMH, also a partner for watch distribution, with a 6.4 percent stake. Lombard Odier, the Vanguard Group and BlackRock hold smaller stakes according to Eikon data.

Hengdeli has yet to provide shareholders with the full details of the proposed sales agreement, which will be put to shareholders at an extraordinary general meeting. The company has twice postponed publication of further details.

The Securities and Futures Commission hired a new head of enforcement in May 2016. In a speech in November, SFC Chief Executive Ashley Alder said shell manufacturing was a problem, in particular at the small-cap Growth Enterprise Market. In its bi-annual enforcement newsletter published in December, the SFC said it had created a task force to look into the problem of shell companies at GEM.

Rules governing the listing of securities on the Hong Kong Stock Exchange state that an issuer shall carry out a sufficient level of operations or have tangible assets and/or intangible assets for which a sufficient potential value can be demonstrated to warrant continued listing.