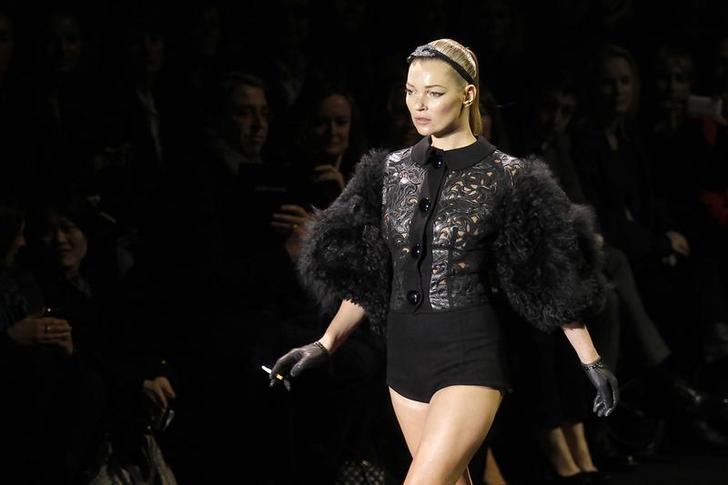 An IPO instead of a contract. LVMH may have found an original way to keep close the hot designers that made it worth 75 billion euros and created the world’s largest luxury group.

Marc Jacobs, the creative director of Louis Vuitton, is leaving after a 16-year stint. He will now focus on the potential initial public offering of his fast-growing namesake brand. Investors weren’t amused at the news and shaved more than 1 billion euros from LVMH’s market capitalisation. Coincidentally, that is just about what the Marc Jacobs label might be worth, according to very preliminary analyst estimates hampered by a lack of reliable numbers. The young brand is co-owned in equal parts by LVMH, Jacobs himself, and his business partner Robert Duffy.

LVMH, which is facing slowing growth and has significantly underperformed its competitors and the French CAC 40 index in the last year, is in the midst of a strategic and generational change. Many designers have moved, or been moved, in recent months. Founder Bernard Arnault wants to take Louis Vuitton – a quarter of LVMH’s sales and perhaps half its operating profit, analysts reckon – up market by reducing its reliance on its world-famous, high-markup waxed canvas bags. The French billionaire recently chose a new chief executive for the brand, and appointed his own daughter as executive vice president, amidst much criticism. But he owns 46 percent of the group and, at 64, clearly has dynastic designs for its future.

It’s much too early to know whether the idea of listing one of the company’s hottest brands will serve as a precedent within LVMH or as a model for others such as arch-rival Kering, the owner of fashion houses like Gucci, Saint Laurent and Stella McCartney. The fashion business has a tradition of young talented designers creating and nurturing eponymous brands within the umbrella of a large group, while taking on the task of rejuvenating the grand names of fashion in the parent’s stable. LVMH is taking this a step further: allowing couture stars to enjoy more independence and higher rewards while sharing in the benefits of their endeavours. But it won’t become a tradition before Marc Jacobs – the company – shows that it can fly on its own.

Louis Vuitton designer Marc Jacobs will leave to focus on his own namesake label and prepare it for an initial public offering, Louis Vuitton Chief Executive Michael Burke told the Wall Street Journal on Oct. 2.
Louis Vuitton is the flagship brand of LVMH, the French drinks and luxury conglomerate. LVMH owns a third of the Marc Jabocs label.
LVMH shares declined 2.4 percent on the Paris bourse on Oct. 2.