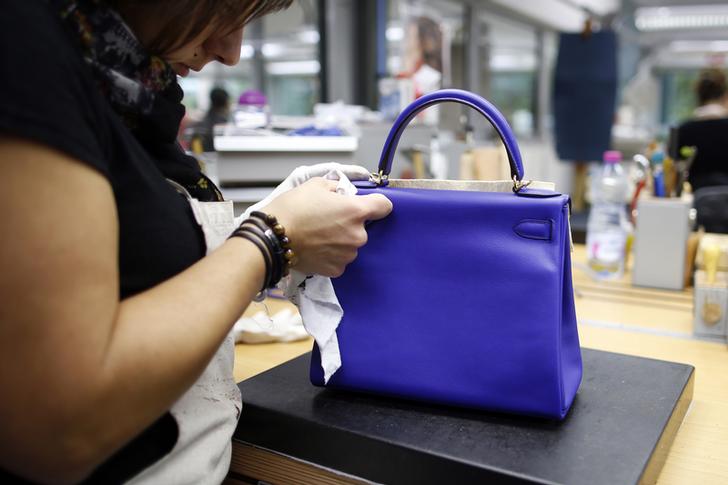 Bernard Arnault has conceded defeat. The LVMH chairman and controlling owner has agreed to distribute the stake he built up four years ago in rival Hermes to the shareholders of his luxury and drinks conglomerate. That’s an uncharacteristic retreat for the man dubbed “the wolf in cashmere.”

The Sept. 3 announcement, brokered by the Paris commercial court, marks the end of a four-year battle between the two luxury groups. In 2010, the Hermes family was caught by surprise when Arnault revealed that he had built up a 17 percent stake in the company, sending Hermes’ stock up 15 percent on takeover speculation. By 2011, the holding was up to 23 percent.

The stealth was classic Arnault. He used a similar tactic to acquire a 34 percent stake in Gucci in the early 2000s, a thinly disguised takeover attempt that ultimately failed after arch-rival PPR (now Kering) stepped in and bought the Italian fashion house.

Back in 2010, the Hermes family closed ranks and created a holding company binding family members into an agreement not to sell stock to outsiders until 2040, effectively closing the door to a hostile LVMH takeover.

This week’s peace accord is not all bad news for LVMH, whose shares were up 2.5 percent by midday on the news. While the development ends the prospect of a takeover, or maybe of a future collaboration with Hermes, LVMH has made more than 3 billion euros in capital gains on the investment – part of which will now return to investors in the form of Hermes shares.

The truce doesn’t necessarily mean that Bernard Arnault has given up all hope of someday adding Hermes to his stable of brands. Groupe Arnault, his personal investment fund, will retain 8.5 percent of the capital in Hermes International. Arnault and his companies won’t be able to buy new shares for five years, but he remains free to pounce beyond that. He will be watching for any weakening of the family pact.

Arnault keeps framed photographs of LVMH top brand’s designers in his office. For now at least, he won’t be adding Hermes to the gallery.

A craftswoman works on a Kelly bag at the luxury goods Hermes factory in Seloncourt October 4, 2013.

French luxury groups LVMH and Hermes struck a deal on Sept. 3 to resolve their long-running dispute over LVMH’s 23.2 percent stake in the maker of the Birkin handbag.

Groupe Arnault, the private investment vehicle of LVMH CEO Bernard Arnault, will retain 8.5 percent of the capital of Hermes International.

LVMH shares were up 2.5 percent by midday with Hermes shares down more than 4 percent.