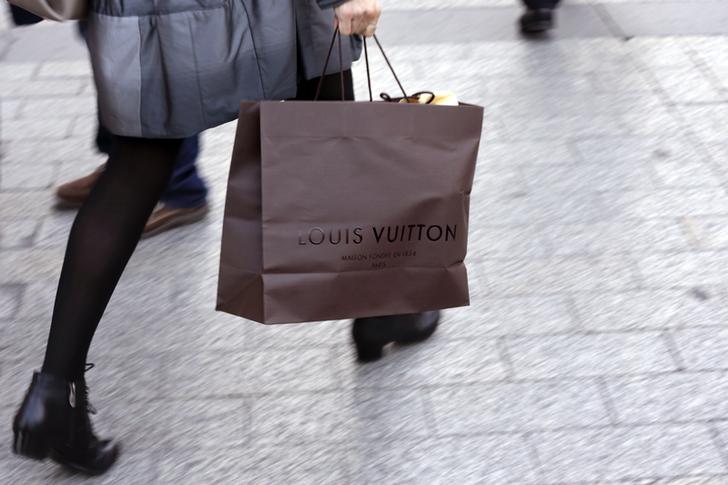 The tech-luxury job market is now a two-way street. After a string of defections to Silicon Valley, including Burberry’s former CEO Angela Ahrendts in 2014, LVMH has hired Apple’s Ian Rogers as its new chief digital officer. It’s a bold move in a business that has been wary of selling online. It also turns up the heat on luxury’s digital leaders Burberry and the recently merged Yoox/Net-a-Porter.

Rogers looks an impressive catch. He has spent 20 years in the music business, recently helping to launch Apple Music, the tech giant’s streaming service. He brings plenty of digital expertise, but will have to counter deep-seated suspicions in his new role. Karl Lagerfeld, designer at privately owned Chanel, said in 2009 that the internet can’t convey the feel of luxury materials. Celine, owned by LVMH, does not sell its goods online.

Internet sales are still tiny – 6 percent of the global luxury market in 2014, says McKinsey. But their research suggests things are changing fast. Since 2010, web sales have increased at an annual rate of 27 percent while offline sales have risen just 7 percent. Even where transaction rates are modest, digital window shopping is prevalent. They influence over half of all luxury purchases.

Taken with several other developments this year, it looks as if luxury’s digital ambitions are coming of age. In March, internet retailers Yoox and Net-a-Porter said they would merge, creating a hefty online group with combined 2014 net revenue of 1.3 billion euros. Even Karl Lagerfeld has come round and Chanel is to launch e-commerce in 2016.

To date, Burberry and Yoox/Net-a-Porter have run ahead of the game. The British label’s digital skills have helped it post sector-beating revenue growth. LVMH’s decision is a worry for Yoox/Net-a-Porter too. If labels take digital services in-house, Yoox may see a drop in demand for its back-end technology for luxury brand websites – counting for a quarter of its revenue.

China jitters have knocked upwards of 10 percent off the value of many luxury stocks since the yuan’s surprise devaluation on Aug. 11. The sector may need new digital strategies for defence as well as attack.

LVMH has hired Ian Rogers from Apple as its new digital director as the luxury sector begins to drive online sales.

Rogers used to run Apple’s Beats Music online service before it was bought last year by the U.S. company and then joined its iTunes team as a senior director. He begins his new role at LVMH in October.

Online sales accounted for 6 percent of the 2014 global luxury market, McKinsey research shows. Since 2010, digital sales have grown at an annual rate of 27 percent, four times faster than offline sales.