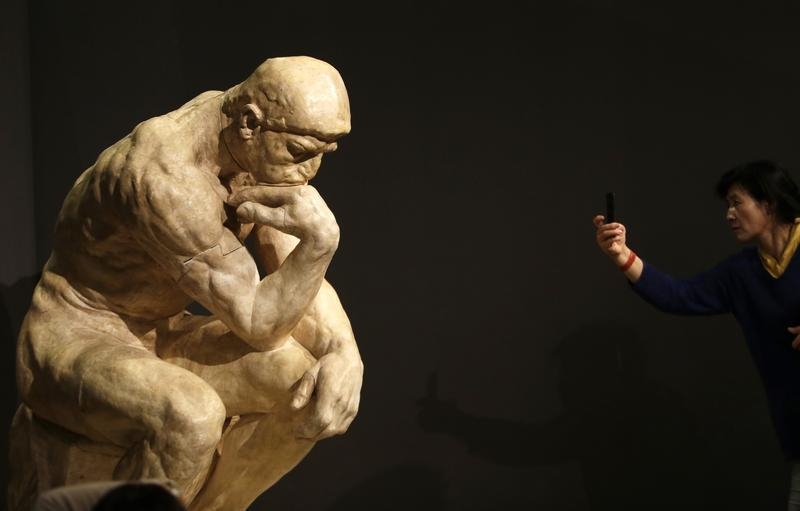 Time Inc’s interest in Yahoo’s bits, a Deutsche Boerse-LSE marriage and merger talks – however unlikely – between Honeywell and United Technologies are all variations of deals that have been tried but failed for regulatory and other reasons. They may fare no better this time.

A visitor takes a picture of the sculpture "The Thinker" by French artist Auguste Rodin at the National Museum of China in Beijing November 28, 2014. REUTERS/Jason Lee

The London Stock Exchange said on Feb. 23 it was in detailed discussions with Deutsche Boerse about a deal that would create the biggest European exchange. LSE said the potential combination would be structured as an all-share merger of equals under a new holding company.

Time Inc, the publisher of People and Sports Illustrated, is interested in bidding for Yahoo’s core business, according to a Feb. 23 report by Bloomberg News.

United Technologies on Feb. 22 confirmed that it had engaged in exploratory discussions with rival Honeywell. However, United Technologies said that “combining two of the world’s largest players in the aerospace and commercial building segments would face insurmountable regulatory obstacles and strong customer opposition.”