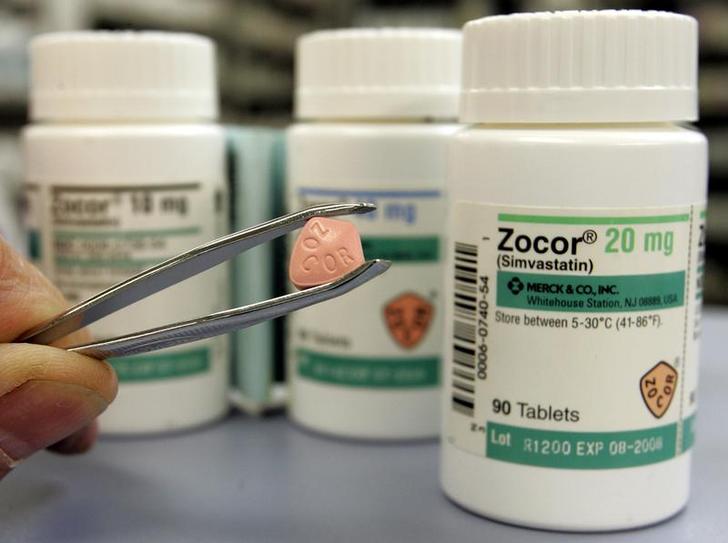 The chemical and drugmaker has become one of Germany’s hottest stocks, gaining 55 pct in a year. Solid revenue growth and a dividend hike for 2014 underscore the renewal. To keep investors onside, Merck must now smoothly integrate a $17 bln takeover, the biggest in its history.

A 20mg dose of Zocor, the Merck & Co. Inc cholesterol fighting drug, is shown in a pharmacy in Westfield, New Jersey.

Merck KGaA, the German maker of drugs and chemicals, reported a 5.5 percent increase in annual revenue to 11.3 billion euros and a 4.1 percent rise in EBITDA before one-off items to 3.4 billion euros.

The Darmstadt-based group said on March 3 it plans to increase its dividend by 5.3 percent to one euro per share. For 2015, the company expects an uptick in organic sales and constant or slightly increasing EBITDA before one-offs. Shares in Merck gained 0.7 percent to 94.92 euros in morning trading.

In May 2014 Merck completed the 1.6 billion pound purchase of AZ Electronic Materials, a deal then worth 1.9 billion euros. In September it announced a $17 billion takeover of U.S. life-science company Sigma-Aldrich, the biggest acquisition in the group’s history. The deal won regulatory approval from U.S. antitrust authorities in December and Merck expects it to close in mid-2015. In November, the company won U.S. pharmaceutical giant Pfizer as a partner for an experimental immunotherapy treatment for cancer.