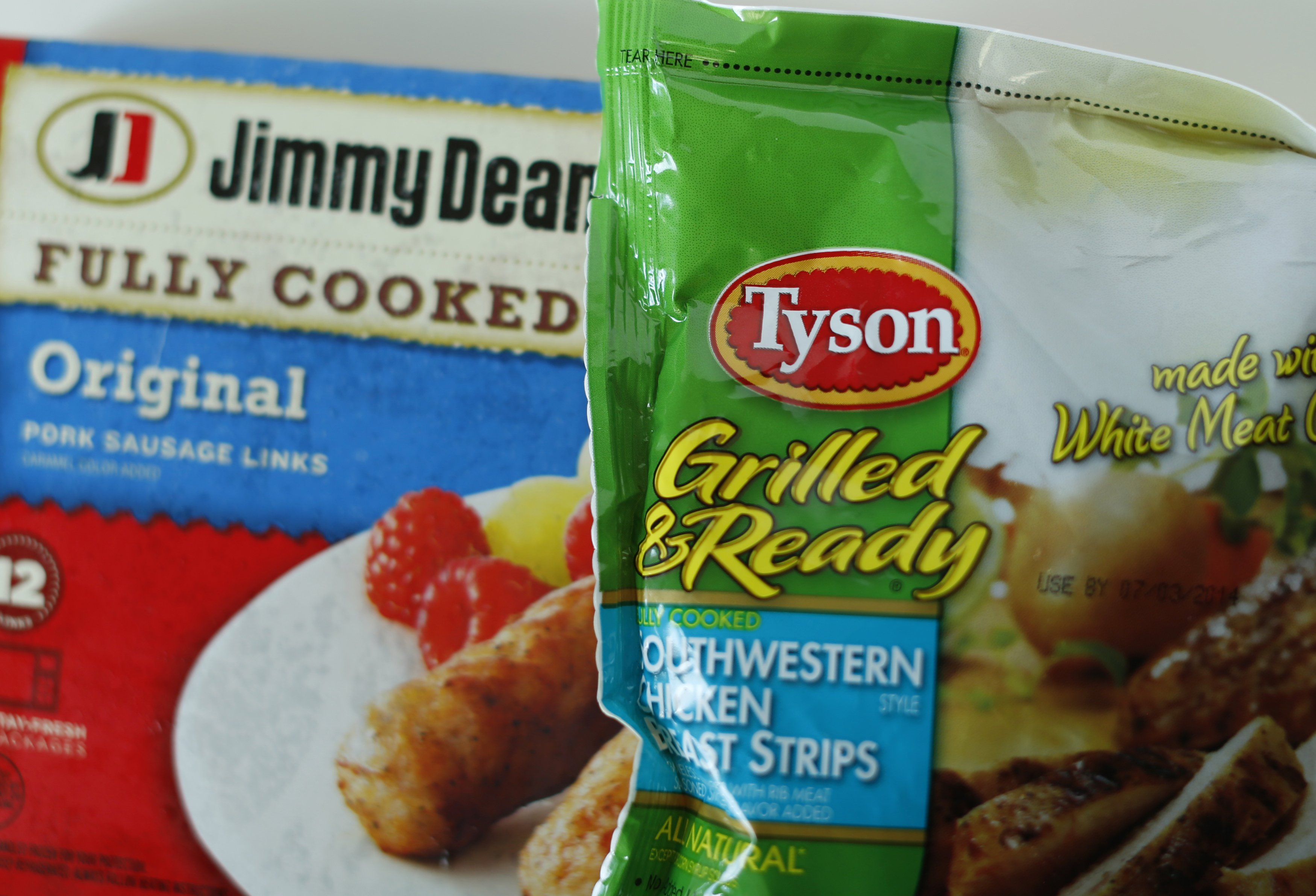 The merger market is showing symptoms of overheating. Global deal volume is up sharply this year – up 63 percent according to Bernstein research and 71 percent by Thomson Reuters’ tally. Monday’s announcements, meanwhile, hint at toppiness.

Merck is paying a 239 percent premium for Idenix, valuing the biotech at $3.9 billion. The justification is largely based on optimistic revenue synergies. The pharmaceutical giant thinks it can boost sales by adding the biotech’s drug into its offerings, creating a more powerful cocktail. Rival Gilead Sciences pulled off a similar “plug and pray” acquisition three years ago. But Idenix’s hepatitis C drugs have yet to hit the market and the category has been plagued with clinical trial failures. The sky-high premium means the seller is walking away with the benefit of the doubt – and then some.

Public bidding wars are another sign of froth. Tyson Foods and Pilgrim’s Pride both saw their stocks initially rise as they circled sausage and ham producer Hillshire Brands. Tyson’s latest $8.5 billion bid, which seems to have clinched the deal, represents a 70 percent premium over Hillshire’s undisturbed price. At $63 a share, it’s above the $60 maximum at which a Breakingviews analysis suggested an acquirer would be giving away more than potential synergies are worth.

Worldwide, companies are sitting on about $7.5 trillion of cash, according to Thomson Reuters. With organic top line growth hard to come by in sluggish economies, many are turning to acquisitions.

In the past year, investors have mostly applauded. About three-quarters of acquirers in the United States have seen their stock rise following announcement of deals bigger than $1 billion, against about half over the longer term. Analog Devices’ 6 percent surge in market value on Monday after it said it was buying Hittite Microwave for $2.5 billion is a case in point.

Yet rising stock markets mean bargains are increasingly scarce. High premiums like Merck’s for Idenix compound the problem, as do pricey auction victories. Animal spirits are starting to run rampant. Investors who are still boosting buyers’ shares may come to regret it.

Merck said on June 9 that it had agreed to pay $3.9 billion, or $24.50 per share, for Idenix, a 239 percent premium to the biotechnology company’s closing share price on June 6.

Tyson Foods has prevailed over Pilgrim’s Pride in a bidding war for control of Hillshire Brands, according to Reuters sources. Tyson said on June 9 that it will pay $63 per share, or $8.55 billion including debt, for the meat producer. Hillshire’s stock closed at $37.02 on May 23, the trading day before Pilgrim’s Pride made its offer on May 27. Tyson’s offer is conditional on Hillshire calling off a deal to buy Pinnacle Foods. Pilgrim’s Pride said it had withdrawn its offer.

Also on June 9, Analog Devices announced it had agreed to acquire Hittite Microwave for $78 a share in cash, or about $2.5 billion. The price represents a 29 percent premium to where the target’s shares closed on June 6. Analog Devices stock rose 6 percent in early New York trading.

Global deal volume year to date is $1.8 trillion, an increase of 63 percent from the same period last year, according to Bernstein research.