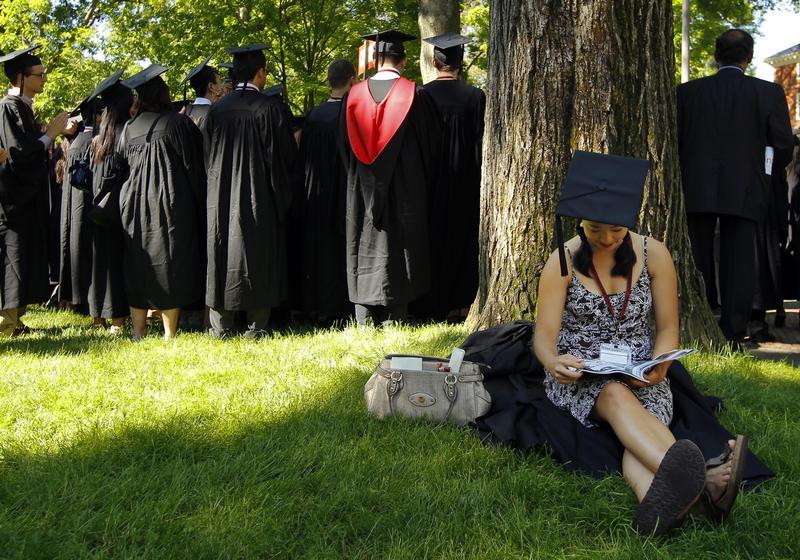 Sweet Briar College’s collapse bodes ill for small U.S. private schools. The twin pressures of falling enrollment and rising costs threaten to bankrupt the tuition fee-based business model of many small colleges. Efforts to lure students in with deep discounts on sticker prices have locked some institutions into a bank-breaking spiral. Merging may be one way to ease the pressure.

Sweet Briar, a women’s college in Virginia founded in 1901, said last week that it would close this summer. Already struggling with a small endowment and underperforming assets, the college is short of cash and unable to pass any more costs along to students.

It’s one stark consequence of national trends. The U.S. Census Bureau has reported declining college enrollment since 2012, the rate of high school graduation is falling, and concerns over student debt are growing. Moody’s Investors Service predicted last year that 45 percent of private colleges will see enrollment drop in 2015 and that, despite rapidly rising headline fees, 40 percent of them won’t be able to keep revenue growing faster than inflation.

Smaller private institutions catering to relatively narrow communities may be in greater danger than most: women’s colleges, art schools and historically black universities, for instance. Among these, women’s colleges have seen the biggest decline in enrollment since 2009, some 14.7 percent according to the Integrated Postsecondary Education Data System. At Sweet Briar, new student numbers have dwindled by 8.2 percent in the past five years, according to Inside Higher Ed, even with rising tuition discounts on offer.

The corporate world offers one possible response: mergers. Scale in student numbers, a greater variety of classes, cost synergies and geographical expansion could help offset the financial pressures. Some of that was promised in the planned merger of Point University in Georgia and Montreat College in North Carolina, two institutions that share broadly the same Christian mission.

That 2013 initiative was, however, voted down last year. College leaders, alumni and even founding principles can get in the way of practical considerations. A niche school like Sweet Briar, in particular, may feel its value is bound up in its identity, and that this would be lost if it combined with another college. As pressures increase, schools may be forced to become more pragmatic. For Sweet Briar, though, the decision has been made: better dead than coed.

A U.S. state senator on March 11 weighed in on the planned closing of Sweet Briar College, a private women’s college in Virginia. The legislator, Chap Petersen of Virginia, wrote state Attorney General Mark Herring a letter requesting a legal opinion on the rights of donors to demand refunds of their contributions to the college within the last year.

Sweet Briar announced on March 3 that it will shut its doors at the end of this academic year. In a video posted on the school’s website, college President James Jones cited “insurmountable financial challenges.” The decision to close Sweet Briar was made by its board of directors at a meeting on Feb. 28.

Inside Higher Ed reported on March 4 that Sweet Briar’s undergraduate enrollment had dropped to 561 in the current year from 611 in 2009-2010.

Jones said Sweet Briar would be using some of the unrestricted funds in its $85 million endowment to pay off debt, provide faculty with severance packages and ease student transitions to other universities. The college is scheduled to close on Aug. 25.