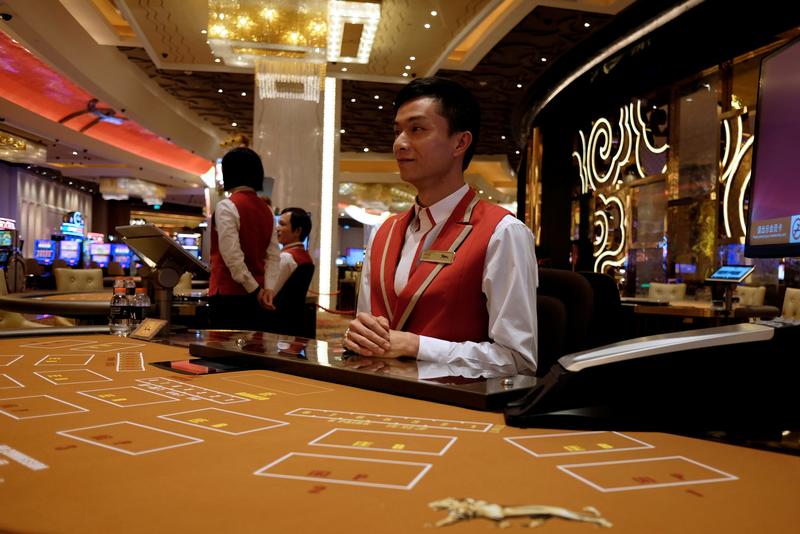 Las Vegas Sands says revenue from wealthy middle-class punters in the Chinese gambling enclave is falling – the first slump since 2016. Local rivals like Melco and MGM, as well as other Asian competitors, invested heavily in serving them. They may have over-built.

Employees inside the casino prepare for the opening of MGM Cotai in Macau, China February 13, 2018.

Las Vegas Sands reported its net profit rose by 64% to $1.1 billion in the same period, the company said on July 24. Revenue increased by 0.9% to $3.3 billion. Stripping out a one-off gain from the sale of the Sands Bethlehem property, underlying earnings fell by 18%, according to a Breakingviews calculation.