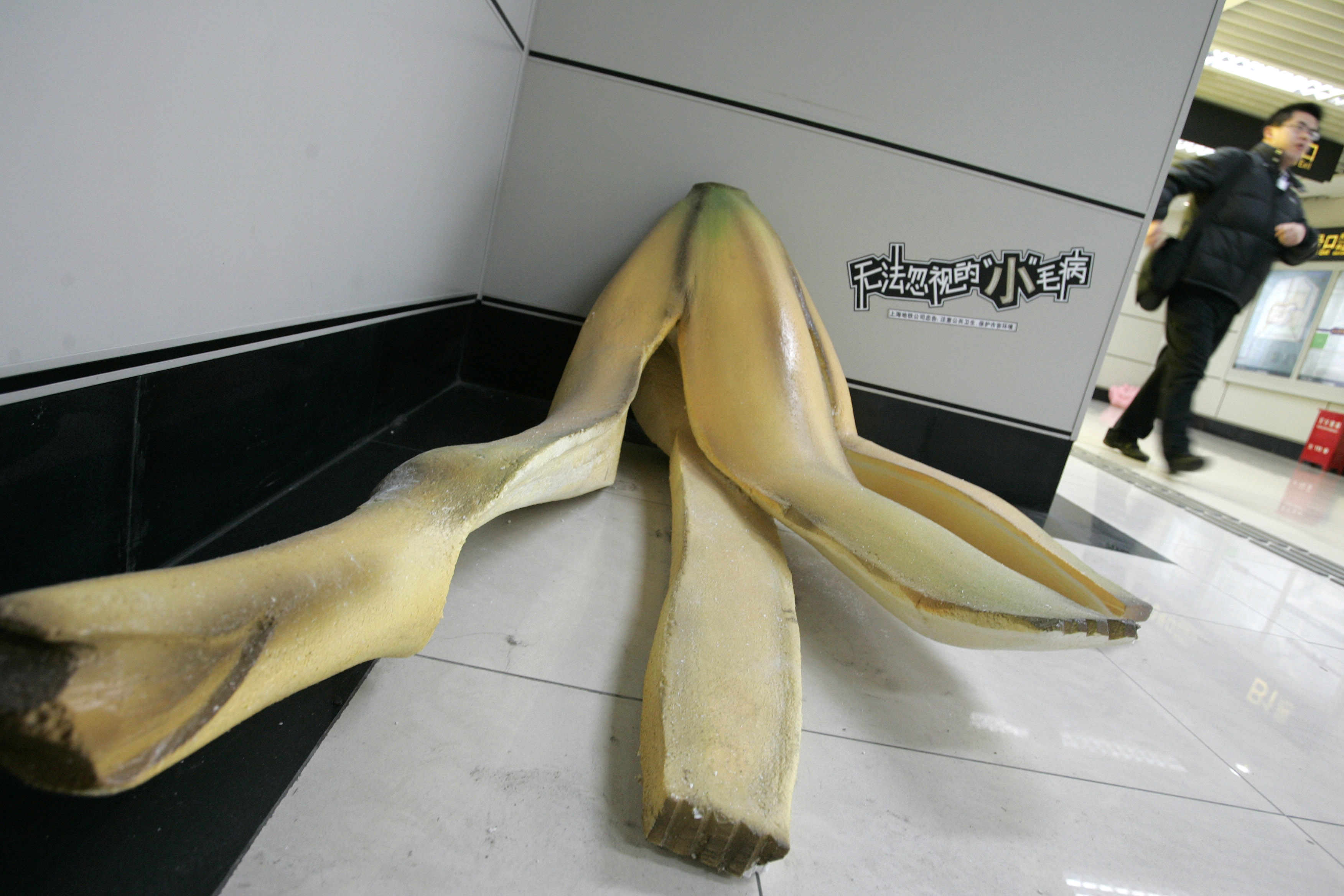 That’s how much the power-to-airport-services group’s stock plunged after the loss of fuel-oil contracts led it to slash the dividend and put assets up for sale. Getting caught out by a shifting U.S. energy mix is embarrassing. Having too much leverage compounds the damage.

A passenger walks past a plastic banana skin display at a subway station in Shanghai January 16, 2007.

Macquarie Infrastructure on Feb. 22 said it was cutting its dividend by 31 percent and putting a power plant outside New York City up for sale because of difficulties in its bulk liquid-storage business. The company will pay a quarterly dividend of $1 a share through 2018, down from a payout of $1.44 for the fourth quarter of 2017.

The company said a number of customers in December and January terminated contracts for storing heavy fuel oil at its International-Matex Tank Terminals unit. Those moves prompted it to forecast EBITDA of between $690 million and $720 million for 2018, virtually unchanged from $706 million in 2017. Analysts had been expecting EBITDA to rise to about $800 million.

Executives said the company was exploring the sale of some or all of its gas-fired power plant in Bayonne, New Jersey, which provides power to the New York City area.

On Feb. 21, the company said earnings attributable to shareholders nearly tripled in 2017, to $451 million. The results included a $312 million benefit from the impact of the recently enacted U.S. tax cuts on the company’s deferred tax liabilities. Revenue rose 10 percent to $1.8 billion.