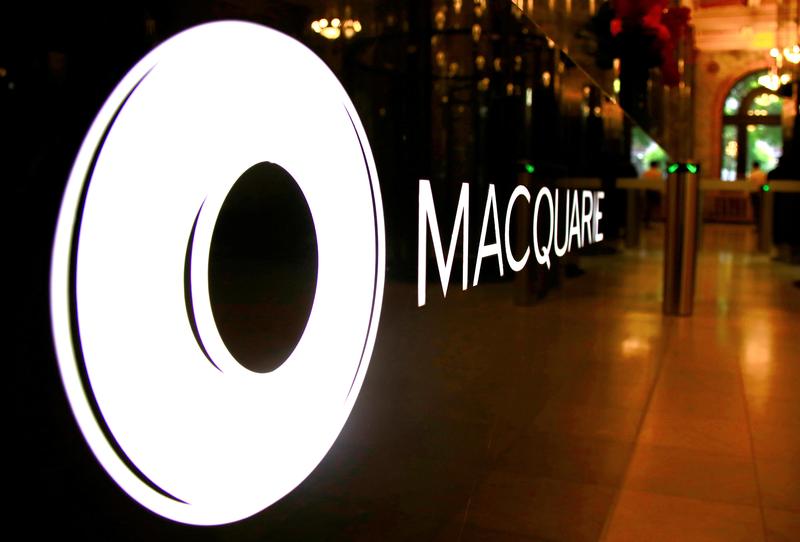 The $30 bln Aussie bank is good at morphing to stay ahead. Commodities hedging helped lift first-half earnings. Its next phase is a bet on renewables. With fewer constraints than rivals, Macquarie is well-placed to go green. New projects may be shorter-term though, and riskier.

The logo of Australia's biggest investment bank Macquarie Group Ltd adorns a desk in the reception area of their Sydney office headquarters in Australia, October 28, 2016.

Macquarie Group said on Nov. 1 that net profit for the six months to the end of September rose 11% from the year before to just under A$1.5 billion. The bank had said it expected earnings to be up around 10% on the first half of the previous financial year. For the full-year, the bank expects its financial performance to be slightly down from last year.

The bank’s annualised return on equity was 16.4%, in line with the first half of the last financial year.

Macquarie shares, which have hovered around a record high touched in May, were down 1.5% in Sydney morning trading, at just under A$132.

Macquarie on Oct. 29 that it would scale back its cash equities businesses in most areas outside the Asia Pacific region.