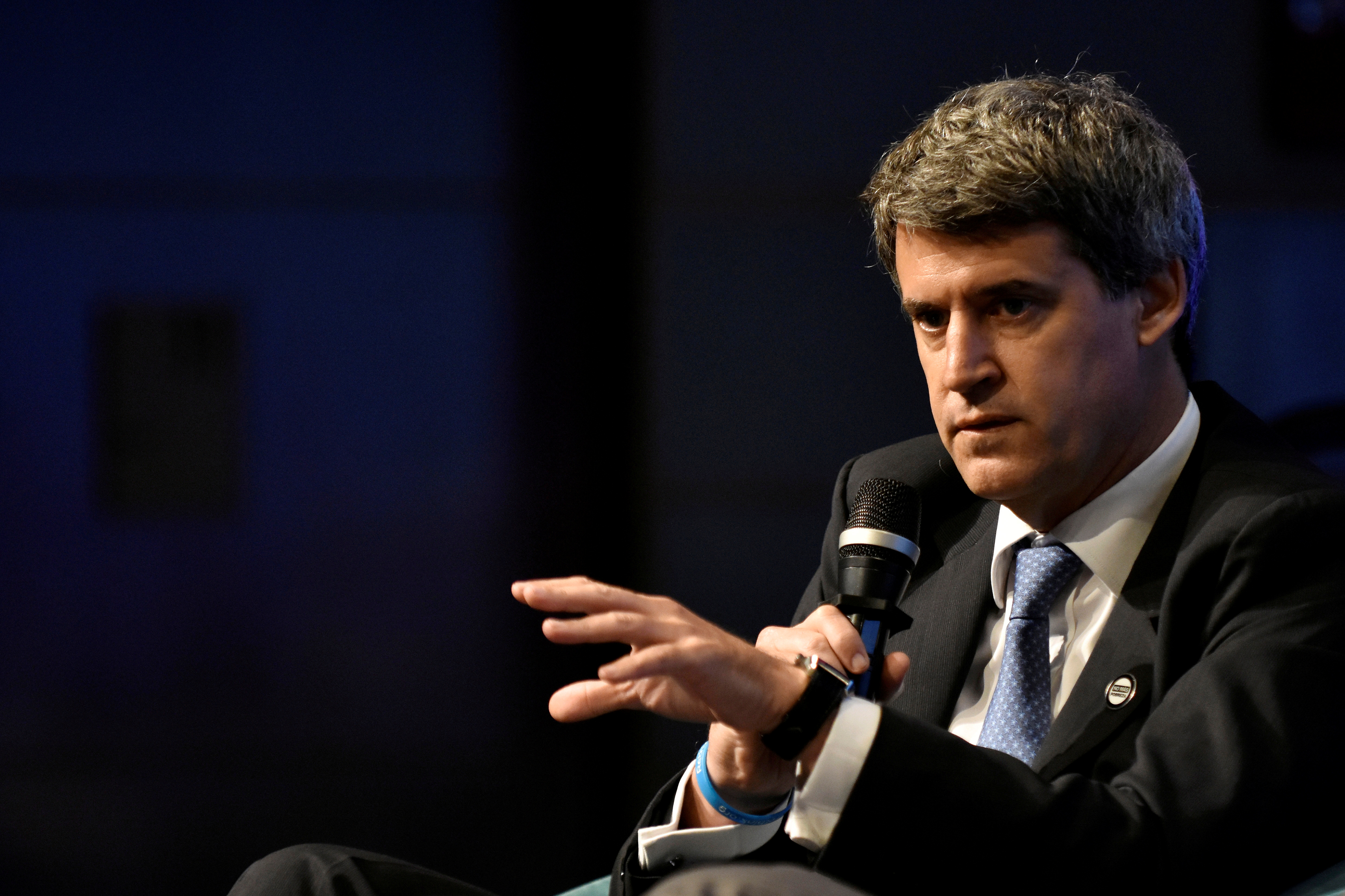 The Argentine president has scapegoated Alfonso Prat-Gay for the economy’s failure to take off. His exit won’t reduce 40 pct inflation and a bloated deficit. Macri’s policies are sensible but not popular. The margin for error before October’s midterm elections just narrowed.

Argentine Economic Minister Alfonso Prat-Gay speaks during a panel discussion at the annual meetings of the IMF and World Bank Group in Washington, October 6, 2016.

Mauricio Macri, Argentina's president, has asked Finance Minister Alfonso Prat-Gay to step down, cabinet chief Marcos Peña said on Dec. 26. Peña said the change was driven by management differences within the government's economic team and did not signal a change in policy.

Macri will restructure the finance ministry by setting up a separate treasury ministry, under the leadership of Nicolás Dujovne, an economist at the Buenos Aires-based think tank Fundación Pensar. Luis Caputo, who served under Prat-Gay as finance secretary, will succeed him as finance minister.

A former central bank governor, Prat-Gay led the drive to overturn the populist policies of Macri's predecessor, Cristina Fernandez. Since the Macri government took office in December 2015, he has lifted foreign-exchange controls and resolved a dispute with holdout creditors enabling Argentina to access international capital markets.

The IMF projects that Argentine output will decline by 1.8 percent in 2016 and inflation will be nearly 40 percent.