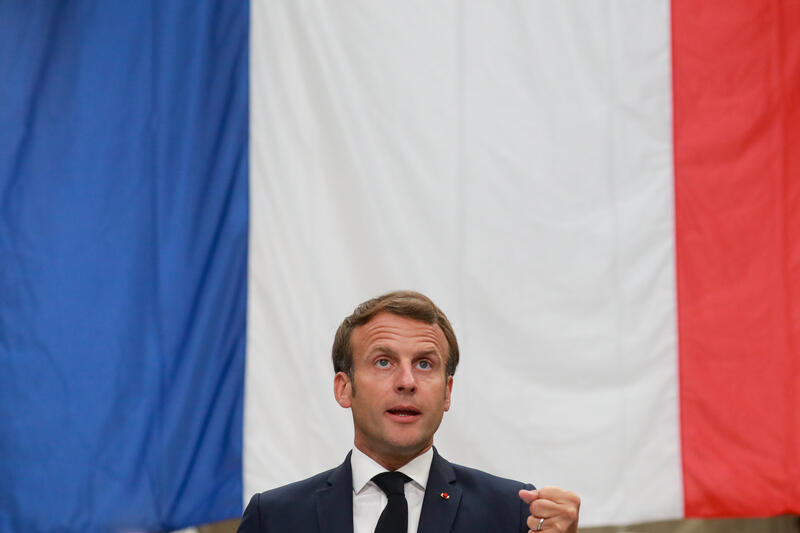 French President Emmanuel Macron delivers a speech after a visit to a factory of manufacturer Valeo in Etaples, near Le Touquet, France May 26, 2020.

French President Emmanuel Macron said on June 14 he was accelerating France's exit from its coronavirus lockdown and that the crisis had laid bare the country's need for greater economic independence.

In a televised address, Macron promised that the 500 billion euro cost of keeping companies afloat and people in jobs would not be passed to households through higher taxes.

Restaurants and cafes in Paris will be allowed to reopen fully from June 15, he said, the same day France lifts restrictions at its borders for travellers from the European Union.

Macron said the coronavirus pandemic had exposed the "flaws and fragility" of France’s, and more broadly Europe's, over-reliance on global supply chains, from the car industry to smartphones and pharmaceuticals.

"The only answer is to build a new, stronger economic model, to work and produce more, so as not to rely on others," Macron said.

The coronavirus has killed more than 29,300 people in France.

The government expects the economy to shrink by 11% in 2020. Macron said he would lay out a detailed blueprint for the final two years of his mandate in July.