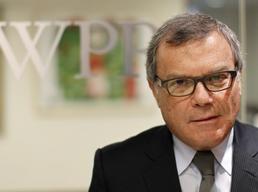 Admen love to bash Brand X. Now, as Publicis and Omnicom pursue the industry’s biggest deal, the M&A market is getting a taste of the unflattering side-by-side comparisons that help sell bleach and washing-up liquid. Rivals led by WPP boss Martin Sorrell are decrying the $35 billion tie-up as a big mess. Publicis Chief Executive Maurice Levy has hit back. This unusual public sniping is more than just entertainment.

Sorrell hailed an “extremely bold, brave and surprising move” when Publicis Omnicom was unveiled on July 28. That soon changed. The next day, he said Levy had outfoxed Omnicom counterpart John Wren with a “merger of unequals”, since Publicis generates less revenue. Wren’s investors should be fuming. Having co-CEOs would be “uncomfortable”. Scale benefits were exaggerated. Sorrell saw bad omens in DaimlerChrysler’s disastrous merger of equals, and even in this deal’s codenames, Orange and Purple – which turn a muddy brown when combined.

Havas CEO David Jones meanwhile derided an “industrial-age merger in a digital age” and, like Sorrell, suggested he could poach disgruntled employees and customers. Interpublic boss Michael Roth warned: “There’s nothing about scale that makes for better creative ideas.”

The potshots are hit and miss. Governance could certainly prove awkward. But revenues are an imperfect guide for merger ratios.

Levy is irked. He says admen divide into “gentlemen” (him and Wren), and “another kind of people I will not mention”. The deal’s many benefits are being shouted down by “extremely anxious” rivals.

Slanging matches are rare in modern M&A. Try imagining the boss of ABB attacking Schneider’s takeover of Invensys as a misreading of the industrial automation market. But advertising is an unusually talkative business. And the critics are making a sales pitch to their own shareholders – poking holes in Publicis Omnicom is a way of providing reassurance on strategy when the industry is in flux. Jones and Sorrell must also hope that talk of advertisers and admen defecting becomes a self-fulfilling prophecy.

Sorrell can, and will, say what he likes. WPP’s smaller rivals should be more careful. A public disavowal of big M&A could deprive shareholders of a future takeover premium.

Publicis Chief Executive Maurice Levy defended his planned $35 billion merger with U.S. partner Omnicom at a July 31 meeting with analysts in London. Levy’s counterparts at WPP, Interpublic and Havas have publicly queried the rationale for the tie-up.
“In our industry, where there is a fierce competition, there are two kinds of people. The people who are competing on a share basis, as we are, always staying gentlemen, winning or losing, and there is another kind of people I will not mention”, Levy said. “I think that the vision is today obstructed by a lot of communication which has been made by people who feel … extremely anxious.”