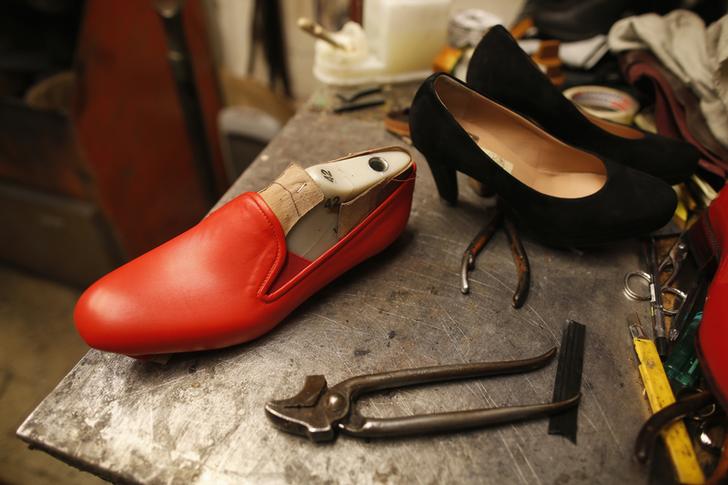 Italian manufacturers have forever been proud to stamp a “Made in Italy” badge on their products. As much as a sign of quality, the boast stood as a mark of cultural and economic independence. But with Italy in the direst shape since World War II, “Made in Italy, Owned Elsewhere” will have to do for many of the nation’s industrialists.

Implicit to the “Made in Italy” moniker was the idea that goods were not only produced on the Italian peninsula, but made by locally owned and usually family-run enterprises. Those very same firms, big and small, today face existential questions as a result of the country’s fiscal troubles and political paralysis. Groups like Fiat and Autogrill are even considering moving their headquarters abroad.

Even against this backdrop, cashmere king Loro Piana’s sale to LVMH, announced on July 8, comes as a bombshell. Snuggled in the foothills of Monte Rosa, the northern Italian firm led by sixth-generation descendants of the founder has been trading in exquisite fabrics for two centuries. After mulling an initial public offering in November, Chief Executive Sergio Loro Piana declared the company was no longer considering opening up to outside investors.

And yet, seven months later, the Loro Piana clan turns around and sells an 80 percent interest to the French luxury goods conglomerate. The deal, hashed out between the family and LVMH boss Bernard Arnault directly, leaves the Loro Pianas nominally in charge, and as minority shareholders. It also makes them rich, valuing the enterprise at 2.7 billion euros.

Loro Piana didn’t need to sell. Like many Italian fashion firms catering to the world’s wealthiest consumers, business has been good. Demand for its cashmeres, woollens and vicuna have powered 17 percent sales growth over the past three years, to an anticipated 700 million euros this year, with EBITDA margins of 20 percent.

That a jewel of Italian family capitalism like Loro Piana thinks its future is brighter nestled inside a French conglomerate than if it stayed independent is a jarring signal for the rest of Italy SpA. Italian capitalism needs liberalization to survive. The danger highlighted by Loro Piana is that by waiting so long to join the global marketplace, only a healthy few will be able to choose how.

A red shoe made by shoemaker Antonio Arellano for Pope Benedict XVI is seen on a work bench in his shop in downtown Rome February 14, 2013.

LVMH on July 8 said it had acquired 80 percent of Italian luxury cashmere clothing brand Loro Piana for 2 billion euros, boosting the French group’s presence in high-end handcrafted products popular with Asian buyers.
The deal gives Loro Piana an enterprise value of 2.7 billion euros, or more than 3.8 times the company’s expected 2013 sales of 700 million euros.
The takeover is the latest in a series of large-scale Italian acquisitions by LVMH, highlighted by its purchase of Roman jeweller Bulgari for 3.7 billion euros in 2011 as well as leather goods maker Fendi in 2001 and fashion label Emilio Pucci in 2000.
Additional reporting by Pierce Crosby.