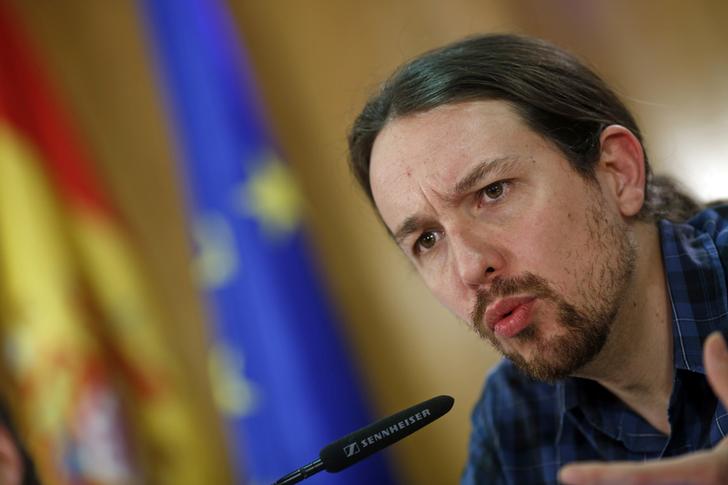 Spain’s new political parties have thrown the spotlight on the country’s private debt, equivalent to 180 pct of GDP. Now the government is passing a law to help indebted individuals reduce borrowings. It’s the right step, but largely formalises what banks were already doing.

Spain's Podemos (We Can) party leader Pablo Iglesias speaks with members of the foreign media during a meeting in Madrid February 13, 2015.

The Spanish cabinet on Feb. 27 approved a law decree aimed at helping individuals and small businesses reduce their debt burden.

Prime Minister Mariano Rajoy had unveiled these initiatives at the annual state of the nation address on Feb. 24. The so-called “second chance” aims to help overindebted households and corporates restructure and reduce their debts by facilitating out-of-court settlements.

The law would allow individuals to cancel their debts after liquidation of assets. Spain will also reform the bank’s code of conduct to help more families with troubled mortgages.

The proposal echoes that of Ciudadanos, the rising centre-right party which recently outlined part of its economic programme, including the proposal for a “law of second opportunity” for individuals.

Podemos, the new radical party leading in some polls, has in the past called for the restructuring of both Spain’s public and private debt.