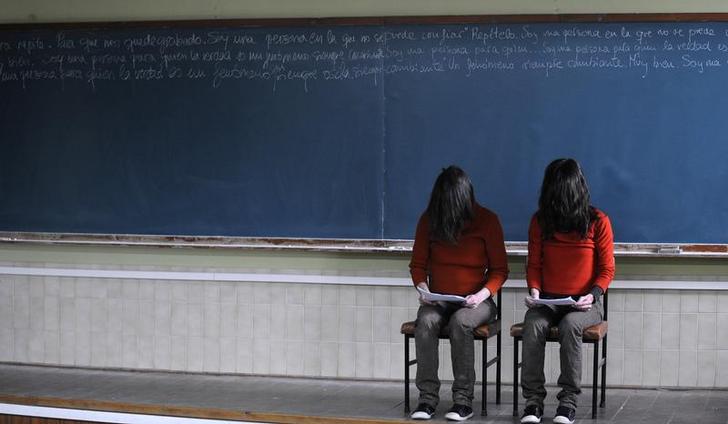 Spain is likely to miss its EU-agreed budget deficit targets this year and the next. Arguably, the bar was set too high and economic growth is quite promising. Even so, Spain can do more to put its finances on a more sustainable path.

Spanish actresses Montse Penela and Monica Garcia perform in a classroom as part of the S.P.A.C.E. (Showcasing Performance in Alternative Creative Enviroments) festival of performances in Gijon.

Pierre Moscovici, European commissioner for economic and financial affairs, taxation and customs, said on Oct. 5 that Spain risked missing its deficit targets this year and the next, warning Madrid that it would have to take additional measures to keep its deficit below 3 percent of GDP in 2016 as agreed. He said the European Commission estimated the budget deficit next year would be 3.5 percent of GDP, against the 2.8 percent reflected in Spain’s draft budget. EC forecasts, prepared in September, also see Spain’s deficit reaching 4.5 percent of GDP in 2015 instead of the required 4.2 percent.

The commission decided to postpone the vote on the budget approval, originally scheduled for Oct. 6.