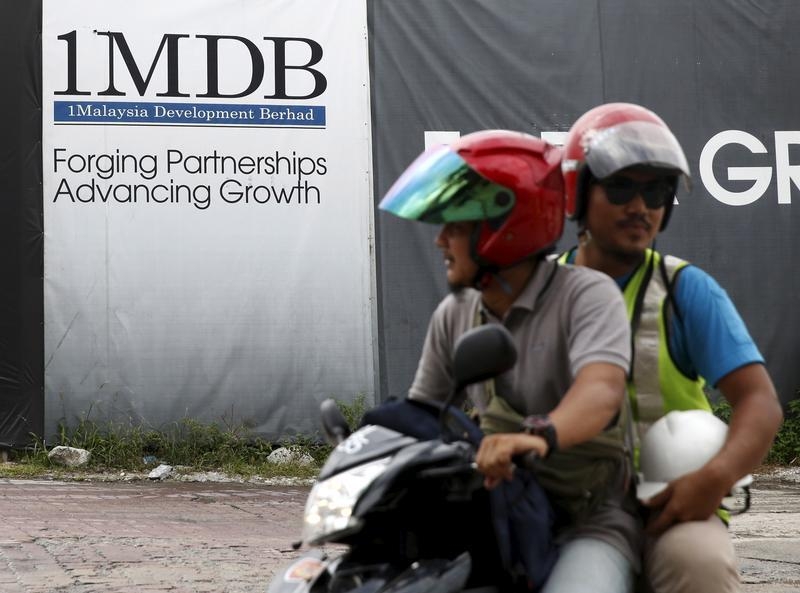 Malaysia’s effort to contain the financial fallout from its wayward sovereign fund is unravelling. Scandal-hit 1Malaysia Development Berhad is embroiled in a scrap with a state-backed investor in Abu Dhabi over a $4.5 billion debt deal. The risk for the southeast Asian nation is that its finance ministry will have to bear the burden. That’s exactly the outcome the fund championed by Prime Minister Najib Razak has been trying to avoid.

To recap, 1MDB racked up massive debts on a string of questionable deals. After it ran into trouble, it negotiated a lifeline last year from International Petroleum Investment Company, which is backed by Abu Dhabi royal Sheikh Mansour bin Zayed al-Nahyan.

IPIC agreed to lend 1MDB $1 billion and assume responsibility for bonds worth $3.5 billion. The quid pro quo was that IPIC would receive assets of equivalent value from the Malaysian fund by the end of June this year.

Now IPIC has missed an interest payment on 1MDB’s bonds. The details are sketchy, but the Gulf fund says it doesn’t have to honour the debt agreement because 1MDB hasn’t fulfilled its side of the deal.

In the end, both parties look foolish. After all, 1MDB’s financial woes owe much to alleged high-level corruption involving former officials on both sides. The fight looks set to end up in the courts.

IPIC’s apparent decision to walk away from debt it jointly guaranteed with 1MDB – and the subsequent settlement – undermines the widely-held view that Abu Dhabi’s word is water-tight. That matters because IPIC and its subsidiaries rely on external funding.

Meanwhile, Malaysia should be able to cope with the financial consequences. Though 1MDB owed almost $11 billion at the height of its problems, it has repaid all its bank debt and sold assets to reduce the overall burden.

The fund and the government say they will honour their other commitments, which should remove doubts about 1MDB’s last big outstanding liability, a $3 billion bond which already carries a letter of state support.

Yet if the government ends up on the hook, Najib will no longer be able argue that the fund he championed managed to clean up after itself. That will give the Prime Minister’s many critics another stick with which to beat him.

Malaysia said on April 18 that it would honour all its outstanding commitments following a dispute involving sovereign fund 1Malaysia Development Berhad.

Earlier in the day Abu Dhabi’s International Petroleum Investment Company said that 1MDB had failed to meet its commitments on a debt settlement agreement which included the obligation to pay $1.1 billion of debt plus interest.

IPIC said that meant it is no longer obliged to meet commitments it made to 1MDB last May.

Under that deal, IPIC had agreed to assumed debts worth at least $4.5 billion from 1MDB in return for assets of a similar value that the fund would hand over by the end of June 2016.

IPIC was due to pay the interest on the bonds on April 18 but had not done so, 1MDB said in a statement in response to IPIC.

Earlier on April 18, 1MDB said it had fully repaid all of its bank and short-term debt and noted that it still had a cash surplus of 2.3 billion ringgit ($589 million) for debt service requirements and other means.

The Malaysian ringgit has fallen 8.5 percent against the dollar so far this year.