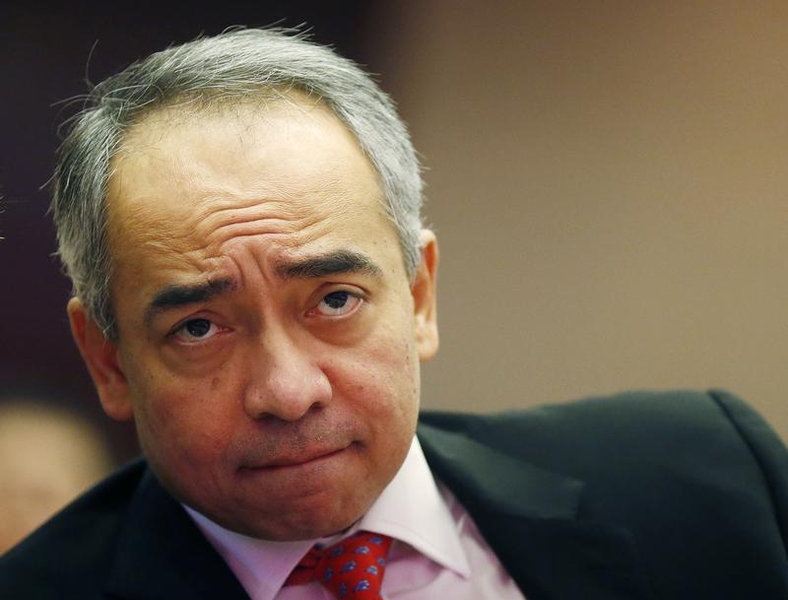 The prime minister’s brother has stepped aside as chairman of Malaysia’s No. 2 bank amid a probe into money transfers. Nazir Razak’s move contrasts with the PM’s determination to face down critics over troubled fund 1MDB. But CIMB cannot be fully insulated from the fallout.

Malaysia's CIMB Chairman Nazir Razak reacts at the launch of the report "Re-drawing the ASEAN Map: How companies are crafting new strategies in Southeast Asia" in Kuala Lumpur January 14, 2015. The chairman of CIMB Group Holdings Bhd on Wednesday said no decision has been made on a proposed three-way merger that would create Malaysia's biggest bank, a day after people close to the deal told Reuters the merger was nearing collapse. REUTERS/Olivia Harris

Nazir Razak, the Malaysian prime minister’s brother, announced on April 18 that he was taking a voluntary leave of absence from his role as chairman of CIMB, the country’s second-largest bank, amid an independent review into money transfers to his personal account.

Nazir was dragged into the scandal around alleged misuse of money from state fund 1Malaysia Development Berhad after the Wall Street Journal reported in March that he had received $7 million from the prime minister before the 2013 elections.

Nazir said he had not acted illegally. “My brother asked for some help and I agreed after I assessed that it would not involve anything illegal or misuse of my position at CIMB, or any inappropriate use of CIMB resources,” he told a news conference after the bank’s annual general meeting.

However, he said the leave of absence was necessary to ensure the integrity of an independent review into the payments by an audit firm. “I surprised my board colleagues earlier this morning, but I feel that unless I am completely absent from the company during this period, this institution would not be practicing the highest standards of corporate governance that we want to stand for.”

Separately, Abu Dhabi’s International Petroleum Investment Co. said that it had failed to receive payments from 1MDB and Malaysia’s finance ministry under a June agreement.

Earlier 1MDB said it had repaid all bank and short-term debt and has a cash surplus of approximately 2.3 billion ringgit ($585 million).