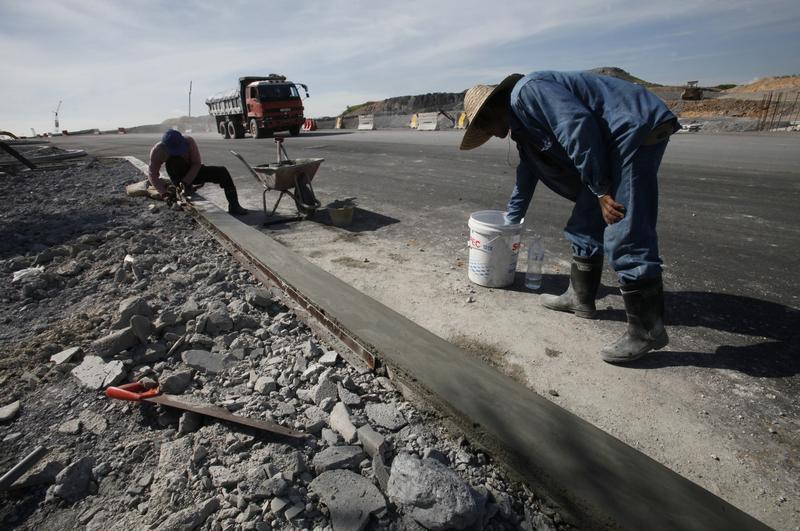 Prime Minister Mahathir Mohamad has suspended work on a $20 bln rail link between his country’s east and west coasts. It’s a rare setback for Beijing’s massive infrastructure initiative. The project’s importance, though, means Kuala Lumpur can afford to fight for a better deal.

Workers finish up the curb of a newly constructed road in Kuala Lumpur July 12, 2012. Across the Asia-Pacific, estimates have slipped 1.4 percent, and globally they have been cut by 1.2 percent. Southeast Asia, however, is showing resilience and is expected to benefit further from a commodity boom, greater foreign investment and government-driven investment in infrastructure projects. REUTERS/Bazuki Muhammad (MALAYSIA - Tags: BUSINESS CONSTRUCTION) - GM1E87C1G4W01

Malaysia has suspended work on its $20 billion East Coast Railway Link, companies involved with the project said on July 4.

Malaysia’s Finance Ministry said on July 3 that the final cost of the rail project, including land acquisition, interest fees and other costs, would be 81 billion ringgit ($20 billion), and would have to be “reduced significantly” to be financially viable. Earlier forecasts had put the cost at closer to 67 billion ringgit.

The project was first approved in October 2016, and a contract was signed with CCCC on Nov. 1, 2016 under a previous Malaysian administration.