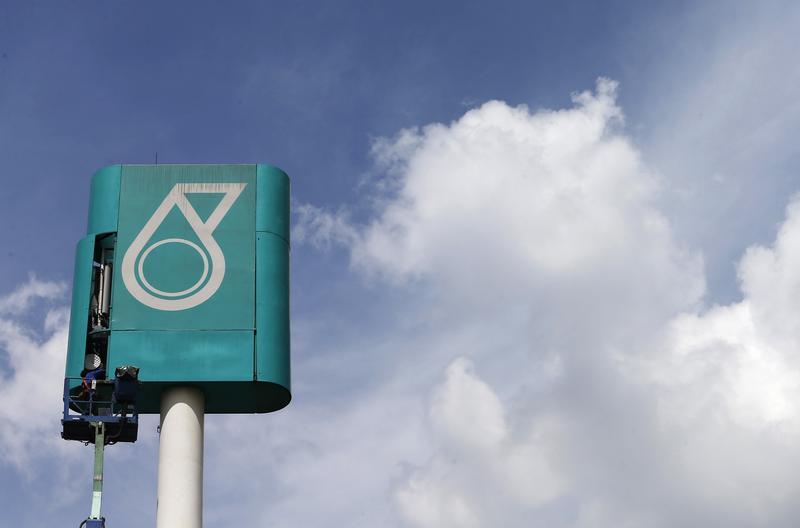 State-owned Petronas is cutting capex and costs but maintaining its payout despite falling oil prices. The group contributes about one third of Malaysia’s federal revenues. Political pressure to keep filling the troubled government’s coffers may weigh on future profitability.

A man works on a signage bearing a Petronas logo in Kuala Lumpur December 13, 2013. REUTERS/Samsul Said

Malaysia’s Petroliam Nasional Bhd (Petronas) warned on Aug. 14 that it expected cash flow from its operations this year to be less than the oil giant’s planned capital expenditure and dividends.

“We will have to persevere through with more austerity measures, and will have to draw on our cash reserves,” Chief Executive Wan Zulkiflee Wan Ariffin told reporters.

He added that “all the plans are in place” to meet the 26 billion ringgit ($6.3 billion) dividend that Petronas has promised the government this year.

Corporate taxes, royalty payments and dividends from Petronas accounted for roughly 30 percent of Malaysia’s federal government revenue in 2014, and more than 34 percent in 2013.

The unlisted state-owned firm reported that its net profit fell 47 perccent to 11.1 billon ringgit during the second quarter compared with the same period a year earlier due to lower prices and volumes.

Petronas said that the decrease was partially offset by favourable currency movements. The Malaysian ringgit is trading at its lowest level in 17 years.