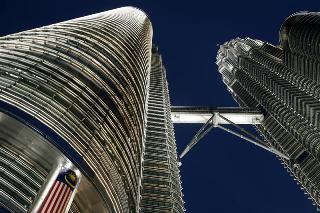 With IHH and Felda, Kuala Lumpur boasts this year’s two biggest deals after Facebook. And more are coming, including the world’s biggest condom maker. But idiosyncrasies of the market, an export-reliant economy and fractious pre-election politicking should give investors pause.

Malaysia’s flag is seen at the landmark Petronas Twin Towers in Kuala Lumpur.