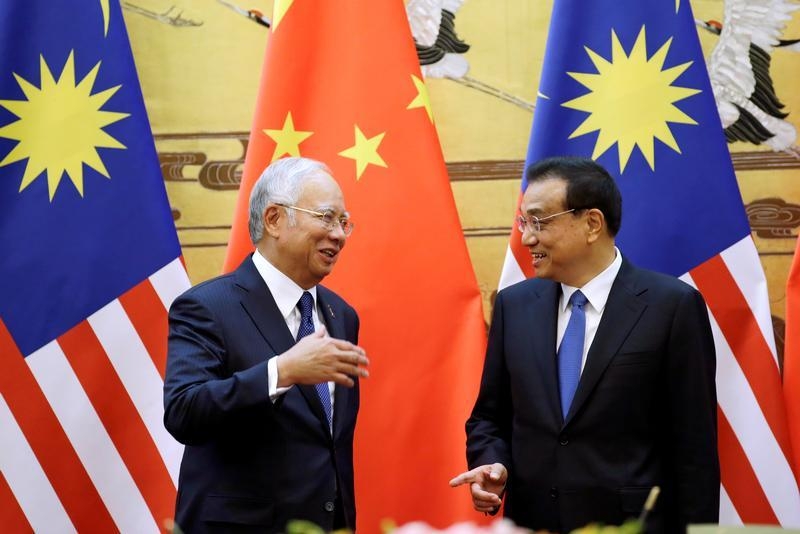 The country is not as desperate as the Philippines for investment. But cozying up to Beijing is one way to express gratitude for China’s continued support during the 1MDB scandal. Outside funding can also help Najib meet ambitious development goals – and win re-election.

The Malaysian leader wrote in an editorial in the China Daily published on Nov. 2 that large countries should treat small ones fairly, adding, "this includes former colonial powers. It is not for them to lecture countries they once exploited on how to conduct their own internal affairs today."

"I have seen how China has retaken its place on the world stage as a great power, while in Malaysia we have progressed from being an agricultural based to an upper-middle income economy, well on the path to becoming a high-income developed nation," Najib wrote.

The prime minister said that disputes in the South China Sea should be resolved through dialogue in accordance with rule of law.