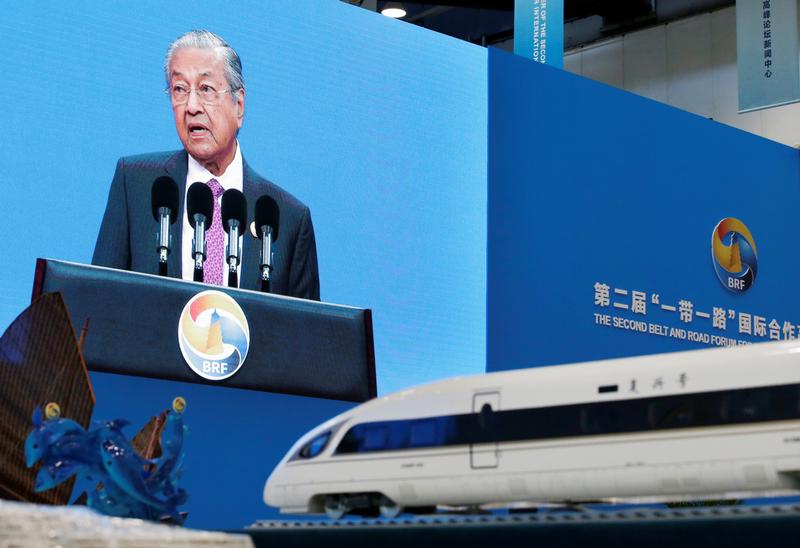 A year after his shock win, Prime Minister Mahathir Mohamad’s popularity is flagging. Change has been slow. His party has only tinkered with wasteful subsidies. Scrapping a goods and service tax also left a fiscal hole. It’ll take more to fix tainted institutions and fuel growth.

A media center's screen shows Malaysian Prime Minister Mahathir Mohamad delivering a speech at the opening ceremony for the second Belt and Road Forum, next to a replica of China Railway High-speed train in Beijing, China, April 26, 2019.

Malaysian Prime Minister Mahathir Mohamad’s approval rating dropped to 46 percent from 71 percent in August, and over 80 percent just after his historic win over incumbent Najib Razak on May 9, 2018, according to poll results published by the Merdeka Center on April 26.

Public satisfaction with the government’s management of the economy has fallen to 40 percent, from 60 percent in August, according to the survey.

Mahathir’s Pakatan Harapan coalition lost a seat in the Semenyih constituency in Selangor state on March 2, by 1,914 votes, to the opposition Barisan Nasional, which includes Najib’s United Malays National Organisation. It failed to claw back a seat in the Rantau constituency, in Negeri Sembilan state just south of Kuala Lumpur, in April, again losing to Barisan Nasional.