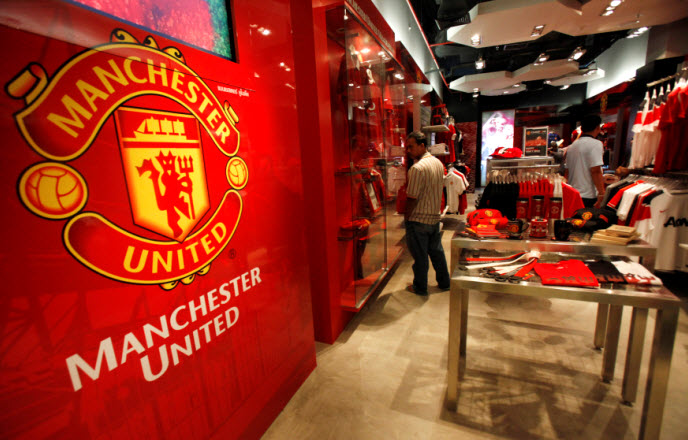 The Glazers bought the soccer club for a hefty 16 times EBITDA in 2005. Now a $1 bln Asian IPO could raise the bar again. Man Utd boasts global cachet and wage discipline by soccer’s crazy standards. But it looks like buyers will have to be fans first and investors second.

Manchester United fans from Thailand look inside a souvenir shop in Bangkok.

Manchester United has hired banks including Credit Suisse, Morgan Stanley and JPMorgan for a $1 billion Singapore listing, according to recent Reuters reports that cite sources with direct knowledge of the situation.

The soccer club has filed a preliminary application with the Singapore Exchange, and the owning Glazer family plan to use part of the funds raised to cut debt, Reuters said.

Other news organisations said the Glazers could sell a stake of up to 30 percent, without specifying the proportion of new or existing shares that could be sold.

On Aug. 22 the club struck a training-kit sponsorship deal with DHL, the express and logistics company, saying they believed it was the first such agreement in English soccer. A source with knowledge of the 4-year deal told Reuters it was worth 40 million pounds. United won a record 19th league title last season.