Time’s up for Fergie 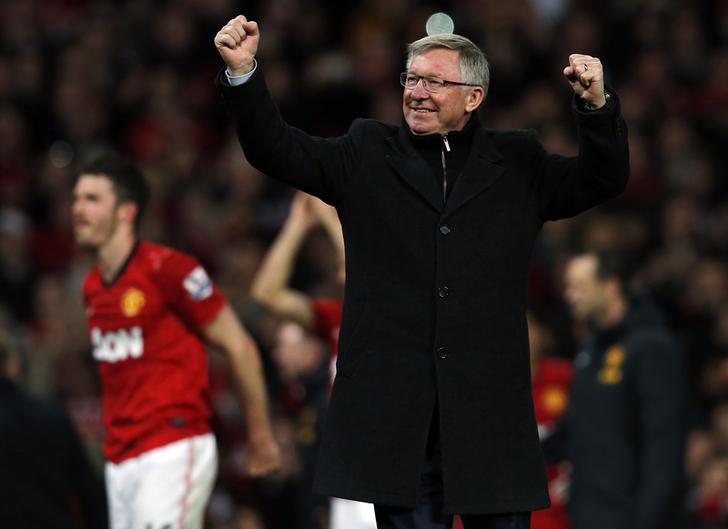 Alex Ferguson’s retirement should worry Manchester United’s fans and investors as much as it delights long-suffering rivals. His triumphant 26-year reign has gone hand-in-hand with the soccer club’s equally impressive financial rise. Ferguson’s departure will reveal how much of that value depends on the manager.

Plaudits for the 71-year-old will rightly focus on his triumphs on the pitch. In his 26 seasons in charge, Manchester United won an astonishing 13 English Premier League titles, five English FA Cups and twice claimed Europe’s Champions League.

Yet Ferguson’s tenure also coincided with British soccer’s emergence as a global sport, with Manchester United as its chief beneficiary. He has seen the club float on the stock market twice – in London in 1991 and in New York last year. In between, a takeover by Rupert Murdoch’s British Sky Broadcasting was blocked by UK competition authorities, and Manchester United succumbed to a leveraged buyout by U.S. financier Malcolm Glazer.

Over that period, the club’s value was driven higher by growing television and sponsorship income, ever-higher ticket prices, and an unerring ability to sell replica shirts to distant fans who would struggle to locate Manchester on a map. Murdoch’s 1998 offer valued the then lightly-indebted club at less than $1 billion. On May 7, the day before Ferguson’s retirement was announced, Manchester United’s equity was worth just over $3 billion – and it still has around $675 million of gross debt.

Investors will probably assume that value rests on what Glazer once called “a wonderful franchise”, not Ferguson’s management prowess. Europe’s soccer elite is self-perpetuating: successful clubs generate the most income, allowing them to attract the best players and staff to ensure continued triumphs.

Yet if money were the sole determinant of success, Ferguson’s record would not be so impressive. In the past two decades he has faced challenges from free-spending rivals including Blackburn Rovers, Chelsea and most recently Manchester City. Each time, Manchester United fought back to reclaim the title, urged on by Ferguson’s man-management skills and sheer determination to win. It’s also worth remembering that Manchester United failed to win the league during his first five seasons in charge. Fans and investors will not be so patient with his successor.

Sir Alex Ferguson will retire as manager of Manchester United at the end of the Premier League season after 26 years in charge of the club, the team said on May 8.
The 71-year-old’s last game in charge will be on May 19. His side recently won the league for the 13th time under the legendary Scot.
“The decision to retire is one that I have thought a great deal about and one that I have not taken lightly”, Ferguson said in a statement. “It is the right time.”
Ferguson took over as Manchester United manager in 1986. In that time, the club has also won the English FA Cup five times, and the UEFA Champions League twice.
Manchester United shares closed on May 7 at $18.77, compared to a price of $14 a share at the time of its initial public offering in August 2012.
(Research by Robyn Mak)