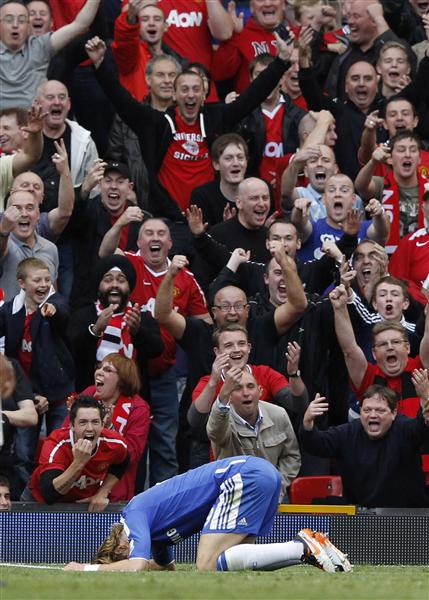 Manchester United is counting on investors to behave like soccer fanatics. The English club’s committed supporters expect nothing short of greatness, an ethos that carries through to Man Utd’s initial public offering. Though devotees of the Red Devils are rarely disappointed, buyers of the stock at the mooted price probably will be.

After dallying with a listing in Asia, Man Utd found an even more hospitable venue for its lopsided governance in the United States. Billionaire Malcolm Glazer and his family will retain control after the New York IPO with their more powerful Class B shares. There’s also no plan to pay any dividends to the Class A shares on offer and the company’s Cayman Islands home will make keeping official tabs on the board difficult.

Man Utd’s finances give further pause. Though the club just signed a fresh sponsorship deal with General Motors and foresees long-term growth in digital and mobile, revenue is expected to fall by as much 5 percent in the year to June 30. That’s because failure to qualify for the knockout stages of the Champions League in the most recent season cost the club at least 10 million pounds of broadcasting revenue.

What’s more, despite winning 12 Premier League Championships in the last 20 years, Man Utd was edged out by rival Manchester City last season. That has led to fears that Man Utd’s legendary manager, 70 year-old Alex Ferguson, and his squad are past their best. The club may also struggle to compete with the deep pockets of Man City’s owner, Abu Dhabi Sheikh Mansour, when attracting the best players.

And yet Man Utd reckons it should command a premier price. At the top end of its $16-$20-a-share range, the company’s equity would be worth some $3.3 billion – almost three times what the Glazer family paid in 2005. Add net debt of some $500 million, after IPO proceeds are used to pay off a big slug, and the enterprise value is about $3.8 billion. That’s 22 times EBITDA.

By comparison, MSG, which owns the New York Knicks and Rangers as well as Madison Square Garden, a stadium on par with vaunted Old Trafford, trades at a multiple of just under 11. Man Utd may be considered a trophy asset, but at the valuation on offer it’s no prize.

Manchester United set the terms of its initial public offering on July 30, saying it would offer 16.7 million shares at between $16 and $20 apiece, valuing the English soccer club at $3.3 billion at the top of the range.
Proceeds from the IPO will be used to pay down a portion of Man Utd’s 423 million pounds of debt. The club was bought by billionaire Malcolm Glazer and his family in 2005.
Jefferies Group is the lead book runner, with Credit Suisse, JPMorgan, Bank of America Merrill Lynch and Deutsche Bank also in the syndicate. The company plans to list on the New York Stock Exchange under the ticker symbol “MANU,” after abandoning earlier initiatives to float its shares in Singapore and Hong Kong.