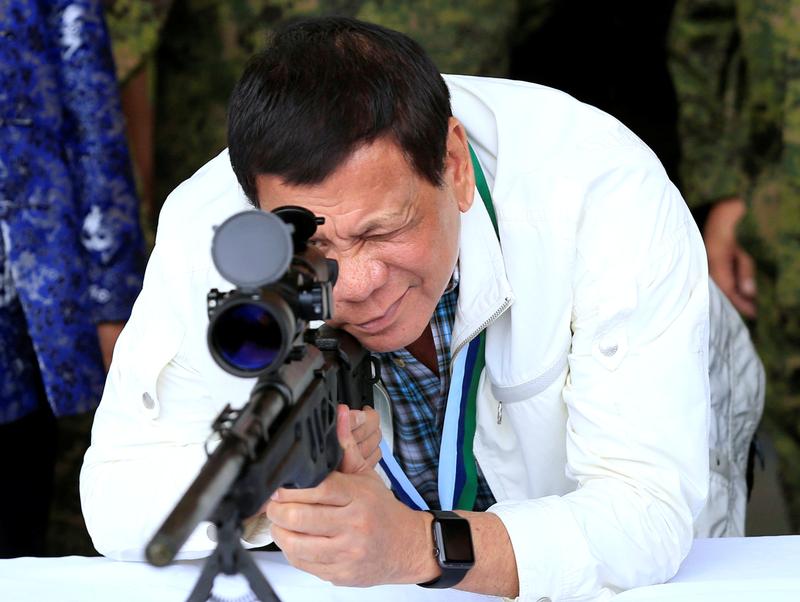 Equities have delivered poor returns during President Rodrigo Duterte’s first year in office. Valuations are similar to regional peers, despite the Philippines’ better fundamental growth prospects. Investors are struggling to see past a bloody war on drugs and militants.

Philippines President Rodrigo Duterte checks the scope of a 7.62mm sniper rifle during the turnover ceremony of China's urgent military assistance given "gratis" to the Philippines, at Clark Air Base, near Angeles City, Philippines June 28, 2017. REUTERS/Romeo Ranoco - RTS18XZ8

Total returns from the MSCI Philippines index have been virtually flat in the 12 months to June 30, the date marking the one year anniversary of Rodrigo Duterte's presidency.

Returns during that period significantly underperformed those of comparable indices of major Southeast Asian peers.

On May 23, Duterte placed the predominantly Muslim southern island of Mindanao under martial law amid fighting between the army and militants linked to the Islamic State.