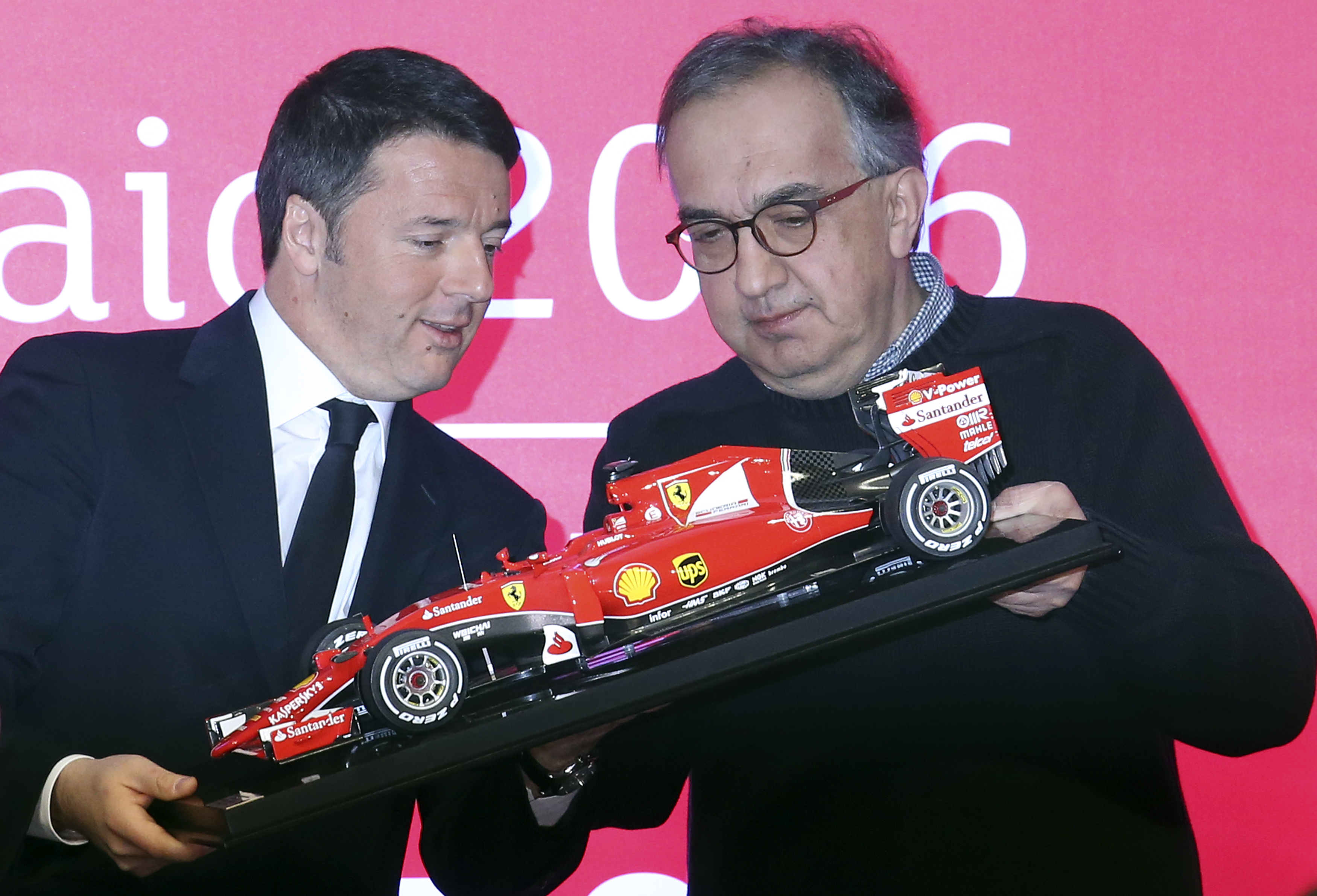 If you had the choice between driving a Fiat or a Ferrari, what would you choose? Sergio Marchionne has answered this question in his very own way: both, and at the same time. On May 2, the chief executive of Fiat Chrysler Automobiles took over the same position at Ferrari. The timing is unfortunate, because Fiat needs him more than ever.

In a way, Marchionne’s move just ratifies the actual balance of power at Ferrari. The luxury car maker was listed separately on the stock market in October and legally spun off from Fiat Chrysler in January. As Ferrari’s chairman, Marchionne had been the architect of this move and had effectively called the shots in the spun-off luxury brand.

Ferrari is almost certainly the more alluring of the two jobs. Its double-digit operating margins are among the car industry’s highest, and sales volumes grew 15 percent in the first quarter. Despite a 19 percent slump in the share price since October, investors are valuing the stock at 22 times the next 12 months’ earnings, Thomson Reuters data shows. That’s three to four times the valuation of most listed peers. Porsche, which has grown sales volumes by almost seven times since 1996, may indicate the future potential.

Fiat Chrysler, on the other hand, is one of the weaker global carmakers, facing operative challenges as well as a feeble balance sheet. In Europe, the world’s seventh largest automaker is only producing an operating margin of 1.9 percent, compared to at least twice as much at rivals like Renault and Peugeot. Sales in Latin America and Asia are falling. Net debt shot up by 30 percent to 6.6 billion euros at the end of the first quarter.

Marchionne has made no secret of his view that a merger between Fiat and a big rival would be his preferred next step, and that he wants to leave Fiat when his current contract runs out in late 2018. For the Agnelli family that controls Fiat and Ferrari, in the absence of a willing merger partner, broadening Marchionne’s role might be a way of persuading him to stay. Other Fiat investors should hope it works.

(This article has been corrected to change net debt number in the fourth paragraph from millions to billions of euros.)

Italian luxury carmaker Ferrari on May 2 said Chairman Sergio Marchionne would take over as chief executive as well, following Amedeo Felisa’s decision to retire. The move, effective immediately, had been expected, with sources close to the matter telling Reuters Marchionne had essentially been in charge since becoming chairman.

Ferrari was listed separately in October 2015, and spun off from Fiat Chrysler Automobiles at the start of the year.

Ferrari on May 2 slightly increased its full-year earnings forecast after a stronger-than-expected first quarter. It expects 2016 EBITDA adjusted for one-offs of at least 800 million euros ($919 million) on shipments of more than 7,900 vehicles. It had previously guided for adjusted EBITDA of more than 770 million euros this year.

The carmaker said EBITDA adjusted for one-offs rose 11 percent to 178 million euros between January and March, beating analysts’ average forecast of around 164 million euros in a Thomson Reuters poll. Shipments during the quarter were up 15 percent to 1,882 vehicles, helped by several new models.