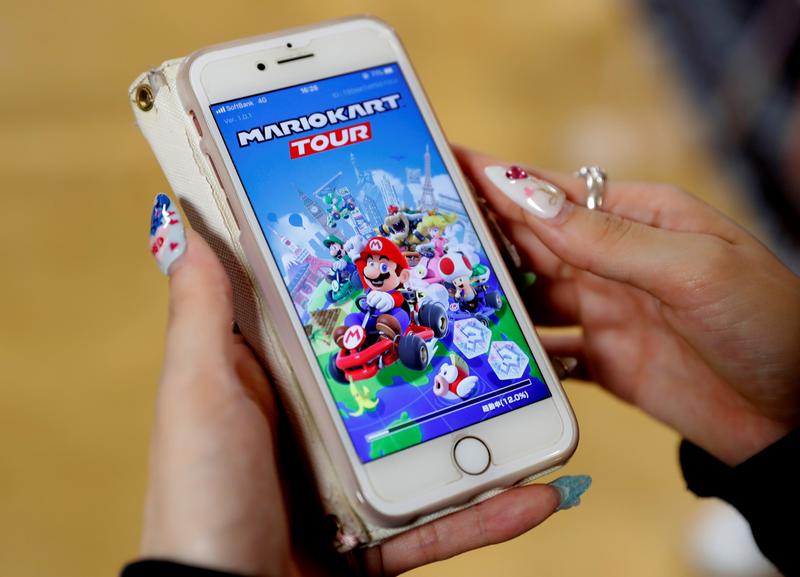 Smartphone hits including one featuring the Japanese company’s iconic plumber racing on wheels accounted for just 3% of its $5 bln in quarterly sales. That may soon change, as Nintendo charges for subscriptions and in-game prizes. Steady mobile profit and a valuation boost await.

A woman shows the mobile title Mario Kart Tour on her smartphone during an interview with Reuters at Tatio's game center in Tokyo, Japan September 25, 2019. REUTERS/Kim Kyung-Hoon - RC1BD99F88E0

Video-game maker Nintendo on Jan. 30 reported revenue of 579 billion yen ($5.3 billion) for the three months to December, a decrease of 5% from the same period last year.

Operating profit rose 6% to 169 billion yen. That compares to the average analyst forecast of 175 billion yen, according to Refinitiv data.

Nintendo said that as of Dec. 31, the company has sold 52.5 million units of its Switch console.