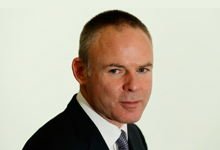 Marius Kloppers, BHP Billiton’s outgoing chief executive, mostly deserves his reputation as a savvy boss. Management discipline – along with great assets, a bull market, and not a little luck – underpinned strong shareholder returns during his tenure. Incoming boss Andrew Mackenzie will stick to the formula, but he’ll need more luck to do as well.

Kloppers, appointed CEO in late 2007, deserves credit for marshalling BHP through a strange period for mining companies, marked by an extraordinary China-led commodity bull market on the one hand and the global financial crisis on the other. Even excluding $18.8 billion of share buybacks, the miner’s London-listed shares have returned more than 60 percent since January 2008, according to S&P Capital IQ. BHP provided a much better through-the-crisis return than leading rivals Rio Tinto, Anglo American and Xstrata.

Kloppers deserves credit for what he did not do. Unlike Rio, BHP did not make a top-of-the-cycle acquisition of Alcan, a big aluminium producer. Unlike Anglo American, it did not get involved in the troubled Brazilian Minas Rio iron-ore project. Kloppers was cautious about leverage and disciplined in his management style. During last year’s slump in commodity prices, BHP led the industry in its willingness to shelve big, expensive projects.

But luck played a role, too. If BHP had successfully completed an attempted tie-up with Rio, abandoned in 2008 as markets sank, or its 2010 hostile bid for Potash Corp of Saskatchewan, things could have turned out very different. Kloppers’ final year as CEO has been partly overshadowed by writedowns on deals that he did complete – in U.S. shale, for example.

Mackenzie is poised to continue his predecessor’s strategy of focusing BHP around high-quality assets. His oil-industry experience, gained during two decades at BP, will be valuable as BHP continues to invest in petroleum, which currently provides about one third of the company’s profit. Expect Mackenzie to knuckle down on project execution, boost productivity and cut costs. But with China entering a new, less intensive phase of commodity growth, his reign is likely to be much less exciting than his predecessor’s.

BHP Billiton announced on Feb. 20 that Andrew Mackenzie, head of the miner’s non-ferrous division, would replace Marius Kloppers as chief executive on May 10.

BHP Billiton announced on Feb. 20 that Andrew Mackenzie, head of the miner’s non-ferrous division, would replace Marius Kloppers as chief executive on May 10.