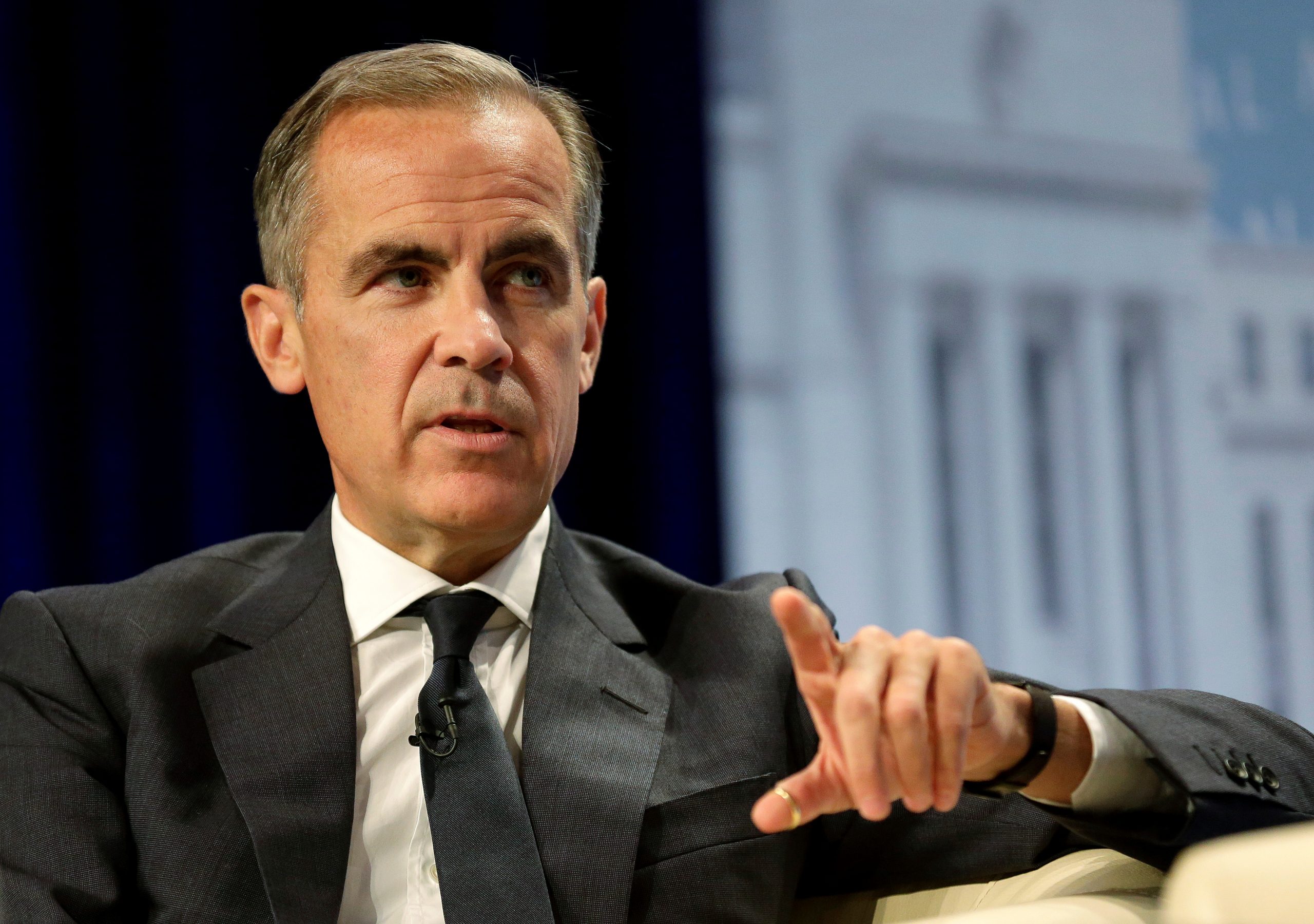 The UK economy grew at its slowest annual pace since 2012 in November. The Bank of England boss has one more policy meeting left before Andrew Bailey takes over. Catching up with recent easing by the U.S. Federal Reserve and European Central Bank would be the best handover gift.

Governor of the Bank of England Mark Carney speaks after delivering the Michel Camdessus Central Banking Lecture at the International Monetary Fund in Washington, U.S., September 18, 2017.

British gross domestic product shrank 0.3% in November 2019 compared with the previous month, driven by drops in both services and production, the Office for National Statistics said on Jan. 13. GDP rose 0.6% from a year earlier, the slowest annual pace of expansion since June 2012.

Bank of England policymaker Gertjan Vlieghe told the Financial Times in an interview published on Jan. 12 that he will vote for a cut in interest rates later this month barring an "imminent and significant" improvement in the country's growth data.

Vlieghe’s comments came after the Governor Mark Carney said on Jan. 9 that the Bank of England could cut interest rates if it looked like weakness in the economy would persist.

Silvana Tenreyro, another member of the UK central bank’s Monetary Policy Committee, said on Jan. 10 she would be inclined to back an interest rate cut in the coming months if growth failed to pick up.