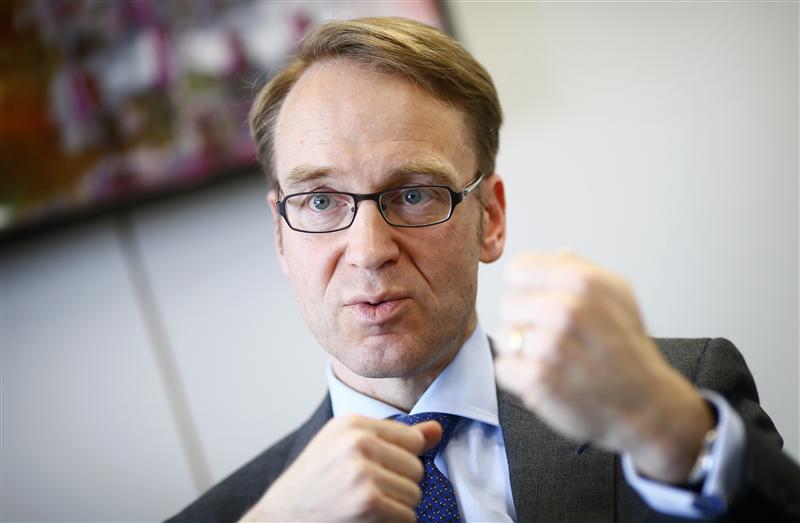 Italian and Spanish yields are sky-high again. Bundesbank head Jens Weidmann is bemoaning Europe’s softer stance on bailouts. The euro zone’s problem economies are inching forward. The continued pressure is needed but it may not avert further painful rescues.

Bundesbank head Jens Weidmann criticised any moves to loosen conditions for bailouts to euro zone countries.
Countries should not be given aid with softer conditions unless they are prepared to give up fiscal sovereignty, Weidmann said in a speech to the Ludwig-Erhard-Foundation on July 5.
The comments came after euro zone leaders agreed to ease terms for Spain’s banking bailout by removing the loans’ preferred-creditor status, and said that bailout funds could be used to help countries so long so they stuck to existing promises of deficit reduction and economic reform.
“It remains open whether the Maastricht framework should still be valid or whether deeper integration including giving up national sovereignty - in the fiscal sector - will be pursued,” Weidmann said.
“As long as this remains unclear, announcing new aid should be seen critically, especially if this is made without additional conditions and if rules to protect donor countries, i.e. preferred creditor status, are weakened,” he added.
Spanish 10-year bond yields were at 7 percent on July 6, around similar levels from before the European summit on July 28-29. Italian 10-year yields were 6 percent.