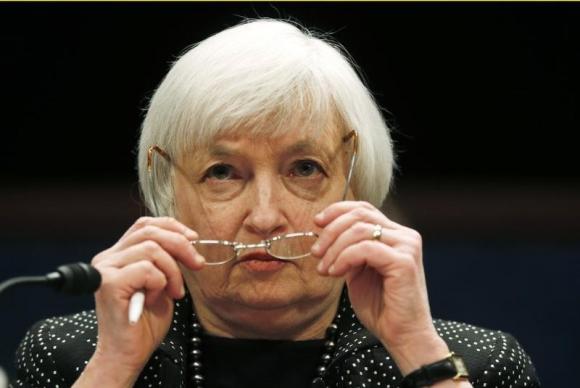 The Federal Open Market Committee may lose patience on Wednesday. That’s to say, if the word “patient” disappears from its statement after this week’s monetary policy meeting, the stage is set for interest rate increases thereafter. With economic growth steady, the U.S. central bank needs to get rates on the way to normal.

Futures traders expect the fed funds overnight rate to rise at least to 0.75 percent as 2016 nears, according to CME Group FedWatch figures. Without a crisis hangover the interest benchmark would more likely already be above core inflation, which is running 1.4 percent by the Fed’s preferred personal consumption expenditures measure.

Add the Fed’s bloated balance sheet, fattened by huge bond-buying programs, and the asset bubble-blowing potential of near-zero interest rates, and Fed Chair Janet Yellen and her colleagues have other reasons to draw a line under crisis-era policy. Central bankers prefer to have room to cut, and the Fed will only have that option once rates are higher.

For all this, though, rate hikes carry risks. U.S. growth is hardly in top gear. Core PCE inflation is still below the 2 percent average that the central bank targets, and although the unemployment rate fell to 5.5 percent in February, broader metrics, labor force participation rates and wage data aren’t yet indicating a tight jobs market.

The Fed funds target rate and the economy

There’s also a danger to market sentiment in the message the Fed will send when it finally moves rates higher for the first time in about nine years – even though Yellen and other officials have been doing the groundwork as comprehensively as they can.

On paper at least, investors are on board if the CME’s numbers have it right. There’s now a roughly 85 percent implied probability that rates will be higher by mid-December. After this week’s session, the FOMC has six meetings remaining in 2015 to get to the highest-likelihood level, three-quarters of a percentage point.

If nothing else, the prospect of rate rises will force market participants and policymakers alike to dust off once ubiquitous metrics like the price of fed funds futures as they think about how monetary policy will evolve. It’s one more way in which market expectations will weigh heavily on the Fed.

US Federal Reserve Chair Janet Yellen testifies before a House Financial Services Committee hearing to receive the semi-annual report on Monetary Policy and State of the Economy, on Capitol Hill in Washington February 25, 2015.

The U.S. Federal Open Market Committee is meeting March 17-18. At the conclusion of the meeting, the committee will issue its usual statement and Federal Reserve Chair Janet Yellen will discuss monetary policy and the Fed’s economic projections in a press conference.

A key question is whether the FOMC will remove from its statement the idea that it “can be patient in beginning to normalize the stance of monetary policy.”

CME Group FedWatch, which derives from futures trading the implied fed funds rate following coming FOMC meetings, pegs the probability of the Fed raising its overnight interest rate to at least 0.5 percent from the current zero to 0.25 percent range at 60 percent by its September meeting – the fifth from now, including this week’s. The implied probability of a higher rate reaches 93 percent by the January 2016 meeting, by which time a rate in the 0.75 percent to 1 percent range is likely.