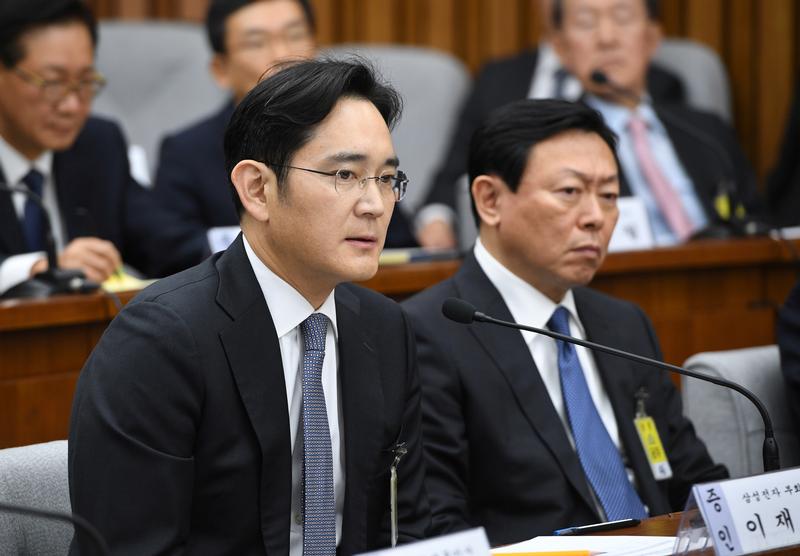 Heir Jay Y. Lee is now a suspect in a corruption scandal involving South Korea’s president. Yet shares in flagship unit Samsung Electronics comfortably beat an up market. Hardened investors are too used to local company bosses running into trouble – and deftly getting out of it.

Samsung Group's heir-apparent Lee Jae-yong (L) answers a question as Lotte Group Chairman Shin Dong-Bin (R) listens during a parliamentary probe into a scandal engulfing President Park Geun-Hye at the National Assembly in Seoul on December 6, 2016. The publicity-shy heads of South Korea's largest conglomerates faced their worst nightmare on December 6, as they were publicly grilled about possible corrupt practises before an audience of millions. REUTERS/Jung Yeon-Je/Pool? - RTSUTR1

Prosecutors have been probing into whether Samsung's payments worth about 30 billion won ($25 million) for a business and foundations backed by Park's friend, Choi Soon-sil, was connected to a 2015 decision by the National Pension Service to back a controversial merger of two Samsung Group affiliates.

The special prosecution team said it asked Lee to show up for questioning on the morning of Jan. 12 over suspicions including bribery.