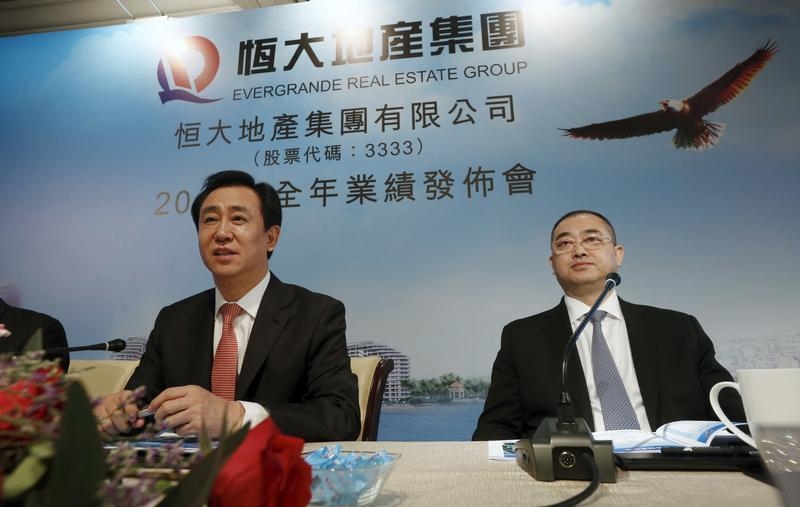 GMT Research claims Evergrande needs $22 bln of writedowns. That is bold, given the hard time local authorities and companies give sceptical analysts – including the developer’s previous critics. This and recent short attacks are signs of resilience from the contrarian camp.

In a report dated Nov. 30, the accounting-focused research firm argued Evergrande needed to take a series of charges against empty investment properties, abandoned hotels, unsold properties and land reserves. It argues Evergrande, which is listed in Hong Kong, has also overcapitalised interest expenses by 15 billion yuan.

Evergrande has courted controversy recently by entering the battle for control of rival developer Vanke, building up a 14.1 percent stake to become the group's third-biggest shareholder, behind financial conglomerate Baoneng and China Resources Group.

On Dec. 17, Evergrande ruled out a takeover of Vanke. "We have no intention to, and we will not, become the controlling shareholder of China Vanke," the South China Morning Post quoted Xia Haijun, Evergrande’s vice chairman and president, as telling state broadcaster CCTV.

A day later, Vanke called off the purchase of the $6.9 billion property unit of Shenzhen Metro Group. That all-share deal would have made the subway operator Vanke's largest shareholder and helped ward off a potential hostile takeover by Baoneng, but it was opposed by both Baoneng and China Resources.