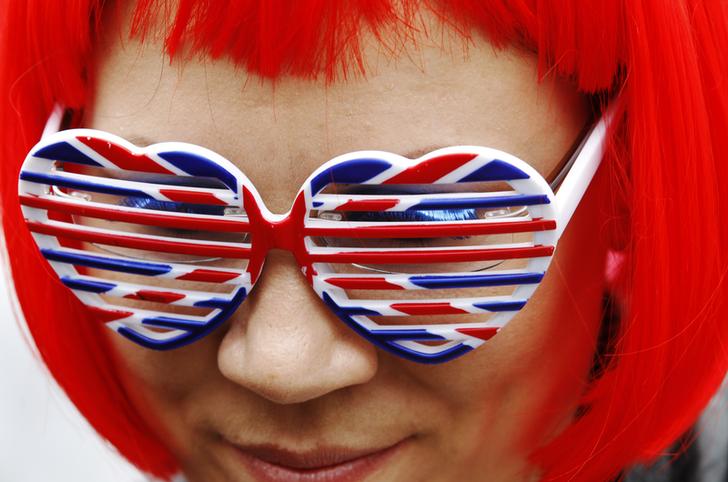 Sterling and gilt yields have risen as traders put the best possible gloss on recent economic snapshots and bet on an early 2015 rate rise. Market optimism could well persist, pushing the pound even higher. But there are good reasons for the Bank of England to be less sanguine.

A woman wears a red wig and Union Flag glasses at the Goldsmith Avenue Street Party to mark the Diamond Jubilee of Britain's Queen Elizabeth in Ealing, west London June 4, 2012.

A trade-weighted measure of sterling’s value rose as high as 86.50 this week, its strongest since 2008.

Britain’s unemployment rate unexpectedly fell to 6.9 percent in the three months to February, according to Office for National Statistics data released on April 16. That was below the 7 percent rate which the Bank of England had originally set as a threshold for considering an increase in rates. The central bank has since scrapped that guidance.

Total UK pay growth picked up to 1.7 percent in the three months to February compared with the same period a year earlier, matching the increase in consumer prices over the same period. It was the first time since April 2010 that pay growth hadn’t lagged the inflation rate. However, excluding bonuses, pay rose 1.4 percent.