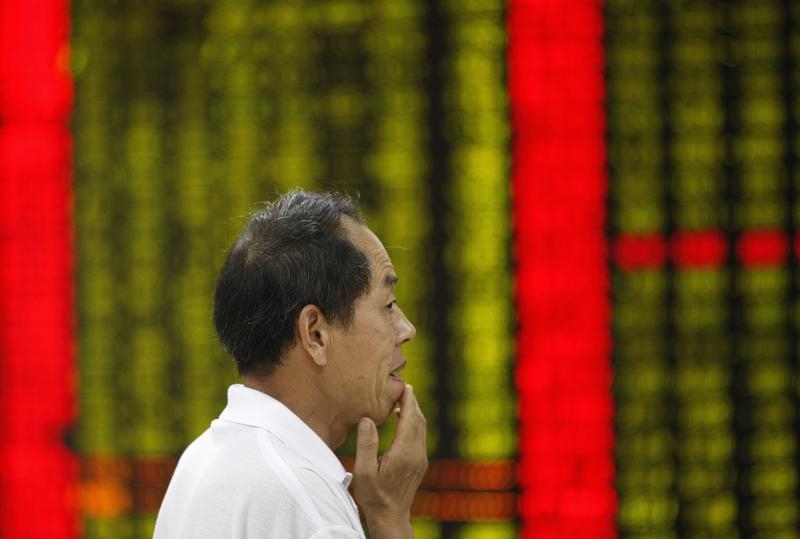 China’s pledges to prop up the stock market are unwise. It didn’t have to be this way – if only the country’s authorities had been able to resist the lure of inflating asset prices. That’s a challenge few governments have met.

After the benchmark Shanghai Composite index fell 8.5 percent on July 27, the main stock regulator announced it would continue to support the market. Such twitchiness is astonishing. Dark talk of “malicious shorting” adds to the air of a government on the back foot.

This is the high price of being a free rider. For most of the past three decades, financial markets in China were something to be controlled, or selectively employed to aid the real economy. That displeased foreign banks and investors, but basically kept things stable. Companies funded themselves from profits or bank loans. Equity typically made up less than 5 percent of new financing in any given month.

But the siren song of rising asset prices has proved hard to resist. Politicians sat by over the past five years while the property market blew up into a bubble that still hasn’t fully deflated, basking in the resulting wealth effect. The more recent run-up in stocks is in some ways worse. House prices are hard to gauge definitively, but everyone can read the unambiguous symbol of a plunging bourse.

There is still plenty more the government can do to fight the slide in stocks, which have now slipped by a third in less than a month, from cutting interest rates to mandating share buybacks for state-owned companies. But short of announcing an open-ended direct purchase of shares in the market, all options are likely to have diminishing returns.

In fact, the real damage was done when Beijing’s mandarins ruled out the sensible course of action: using tighter rules on trading and leverage to cool an ascending stock market. That makes them no more foolish and vain than many Western officials. But by perpetuating the fiction that they were behind the market’s rise, China’s planners have ended up slaves to its decline.

An investor looks at an electronic board showing stock information at a brokerage house in Huaibei, Anhui province, July 27, 2015.

China’s main securities regulator said state-backed entities would continue to support stocks after the benchmark index slid more than 8 percent in a day. The Shanghai Composite Index suffered its largest one-day drop since 2007 on July 27, closing at 3.725.56 points.

The CSRC said it was investigating some huge stock sell-offs by individuals, and would severely punish those guilty of “malicious shorting of stocks”.

Since the market began to slide in June from a more-than-7-year high, China’s authorities have launched a number of initiatives to support it, from cutting lending rates to allowing pension funds managed by local governments to buy stocks for the first time.