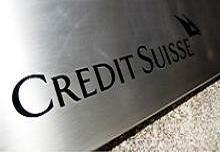 An ex-Credit Suisse trader has been fined by UK regulators for manipulating gilts during QE auctions. The Bank of England adds soft target to its role of passive watchdog earned in the Libor scandal. The market, which blew the whistle, gets rare kudos for self-enforcement.

A sign of Swiss bank Credit Suisse is pictured outside its U.S. headquarters in New York City, July 15, 2011. REUTERS/Mike Segar

Britain’s financial watchdog has fined a former trader at Credit Suisse and banned him from the industry for market abuse during gilt auctions used by the Bank of England to execute its 375 billion pound quantitative easing programme (QE).

Mark Stevenson was fined 662,700 pounds by the Financial Conduct Authority. The abuse took place during the second round of QE, in October 2011, according to an FCA report.