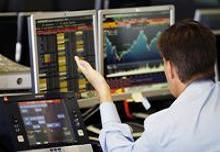 Reality is not cooperating with conventional economic thinking. Relative to what theory teaches, there is too little growth, too little inflation and too much enthusiasm in stock markets.

There is a recovery – continuing at a decent pace in the United States, taking root in most of Europe and, more doubtfully, arriving in Japan. But the theory says that massive amounts of fiscal and monetary stimulus should have produced much more growth. It just isn’t happening. The latest U.S. payroll numbers were all too typical. They were clearly positive but the workforce remains too small and it is getting bigger at a painfully slow pace.

Still, there is an economic recovery and the U.S. government bond market is doing what theory says it should: the yield on 10-year paper is up from 1.8 percent to 2.7 percent so far this year. But theory also says recovery should push up commodity prices and inflation. That’s not happening. Oil is flat, copper is down, and leading central bankers, outside the UK, are worrying about too-low inflation rates.

The best recovery so far is probably in stock markets. They dipped on fears of tighter U.S. monetary policy, but the losses have been fully reversed in the United States and UK, with Europe moving steadily higher and Japan still caught in the Abenomics fervour. Still, it is hard to know whether higher share prices reflect greater optimism about GDP growth or renewed confidence that slow GDP growth precludes a fast increase in rates.

The experts are lost because the conventional model of how the financial system interacts with the real economy has evolved too little since the huge and largely unexpected financial crisis. Now as then, there is too much debt in the world for either monetary or fiscal policy to have the effect that the textbooks say.

The stimulative efforts of governments and central banks help the highly leveraged financial system stay afloat, but only a small portion of the funds actually reach the real economy. In such an unconventional financial world, the conventional wisdom is likely to stay wrong. Expect more of the unexpected.

U.S. nonfarm employment rose by 162,000 on a seasonally adjusted basis in July, according to an Aug. 2 report from the Bureau of Labor Statistics. The unemployment rate fell by 0.2 percentage point to 7.4 percent. May and June figures were revised down by a net 26,000 jobs.

A trader gestures in front of screens on the trading floor of Inversis bank during a Spanish bond auction in Madrid September 6 2012. REUTERS/Paul Hanna

U.S. nonfarm employment rose by 162,000 on a seasonally adjusted basis in July, according to an Aug. 2 report from the Bureau of Labor Statistics. The unemployment rate fell by 0.2 percentage point to 7.4 percent. May and June figures were revised down by a net 26,000 jobs.