A wrinkle in the story 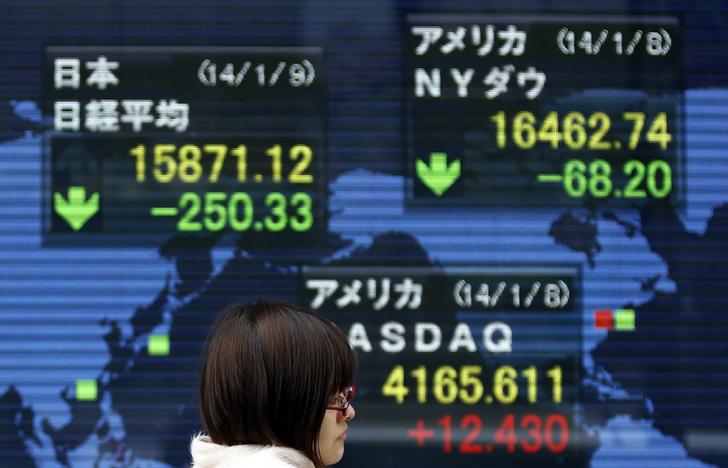 The optimistic investor consensus about 2014 is in danger of disappearing. Investors seem to be having second thoughts about the thesis that GDP growth would be reasonably strong almost everywhere and financial problems would not reach disruptive levels. Markets tumbled last week and have continued to weaken. If investors do not calm down soon, they could spark the crisis they fear most.

It’s always hard to know what triggers a stampede. Perhaps investors rationally decided en masse that the price of risky assets had risen too far. Or perhaps they were genuinely surprised by news that they should have expected – a run on the Argentine peso after months of uncontrolled inflation and a government mandated slowdown in the GDP growth rate in China.

Whatever the reason, markets responded with their typical fervour, selling everything that smelled of risk. The VIX index of U.S. stock-market volatility, a leading gauge of fear, jumped 44 percent from Wednesday to Friday. Emerging-market equities and currencies dropped, as did the price of debt from peripheral euro zone members. Safe assets, most notably U.S. Treasuries, were in demand.

The consensus was probably overly cheerful. The retreat from monetary easing by the U.S. Federal Reserve reduces the flow of basically free money into addicted financial markets. There is no longer enough foreign money to paper over the severe problems in Argentina – and Venezuela, South Africa and Turkey. Other countries with financial or political weaknesses are likely to have problems.

For now, though, there is no evidence that any big economies are in trouble. But once investors start to sell in order to get ahead of the crowd, they become a crowd. In a still overly leveraged world, the unwillingness to refinance debts is enough to turn a non-problem into a crisis.

Central banks can probably stop the financial rout, as the European Central Bank did in 2012 and the Fed did last year. The monetary authorities don’t want a new crisis, but it’s possible that the central banks, which are tired of emergency measures, may move too late, when the momentum of fear has become unstoppable.

Global shares continued their declines on Jan. 27 after heavy falls at the end of the previous week.

The MSCI emerging markets index was trading 3.8 percent below its level on Jan. 22.

A pedestrian walks past at an electronic board displaying various countries' share prices outside a brokerage in Tokyo.

Global shares continued their declines on Jan. 27 after heavy falls at the end of the previous week.

The MSCI emerging markets index was trading 3.8 percent below its level on Jan. 22.