Darkness before the night 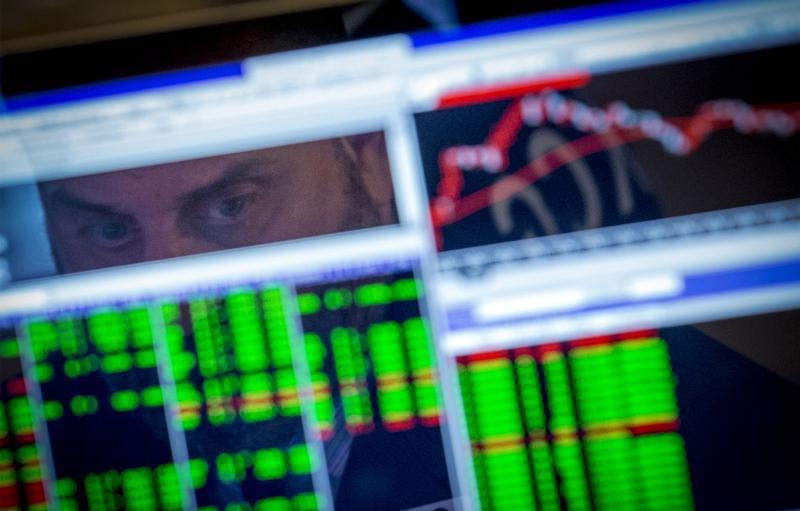 Market historians could call the last five years the QE period. Quantitative easing, a polite term for money creation by central banks, has pushed free and ultra-cheap money into almost all financial markets, supporting or pushing up prices. The era is coming to a close. As investors overcome their monetary dependence, they have to look at the real economy. It’s not encouraging.

True, the QE period isn’t over quite yet. The practice continues in Japan and is basically just starting in the euro zone. Still, it is ending this month in the United States, the country that matters most to investors. Monetary factors provide a plausible explanation for the 5 percent decline in the S&P 500 U.S. stock index since Sept. 19, despite generally positive economic indicators.

But money isn’t everything. The European Stoxx index is down 8 percent, even though the European Central Bank is actually loosening its policy. Investors seem to be looking at the alarming stall in the real economy.

And monetary policy cannot fully explain the 19 percent decline in the price of a barrel of Brent crude oil since July 25. Weak demand growth, especially in emerging markets, is the main reason, although policy in Saudi Arabia, generally considered the swing producer, may be another factor.

Commodity sellers are not the only people affected by the lack of momentum in many developing economies. Investors are frightened by a failing model. China, Russia and Brazil, three of the four BRIC countries which were supposed to be the bulwark of world GDP growth for years to come, can no longer be considered safe bets. Each has significant economic problems.

The weakness of policymakers may be even scarier. From Frankfurt to Beijing, governments and central bankers are struggling to find ways to increase GDP growth. They are unwilling to try further fiscal and monetary policy experiments, and domestic politics limit reform plans. Most of them will ignore the International Monetary Fund’s eminently sensible suggestion of higher infrastructure investment.

The name for the post-QE period could be the Depressing Age.

A financial trader watches his screen.

The European Stoxx index is down 8 percent since Sept. 19 and down 5 percent so far this year.

The MSCI World Index is 8 percent off its 2014 high, set on July 4, and down 2 percent since the beginning of the year.

The next-month future price of a barrel of Brent crude, the oil market’s leading benchmark, is down 19 percent since July 25.