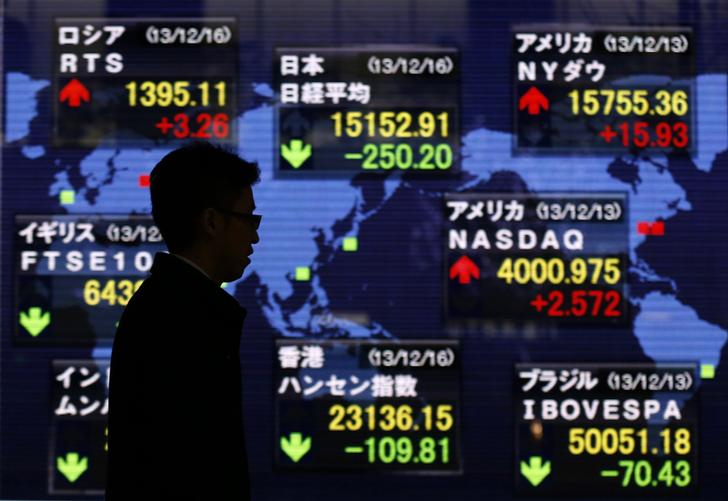 Markets are teaching central bankers some hard lessons. The monetary authorities in developed economies are learning how hard it is to switch direction. And emerging markets are showing that no policy rate is right when the economy is wrong.

The monetary authorities are not directly responsible for all the current market ructions – from a 6 percent decline in the Japanese stock market in a week to a 6 percent fall of the Turkish lira against the dollar in a month. But the U.S. Federal Reserve’s slow retreat from quantitative easing is the immediate trigger for much of the turmoil.

Central bankers should feel some doubts about their five years of near-zero policy interest rates and masses of QE. It has yielded nothing better than a slow recovery from a deep recession, with overly excited asset markets and still-weak job markets.

Now investors are teaching emerging market central bankers an even harsher lesson. While disinflation remains the dominant global trend, policy rates have been rising in countries where foreign capital might be on the way out or where poor local policies have created outposts of unacceptably high inflation. Turkey and South Africa have followed Brazil and India down the road of anti-stimulus.

Markets have not yet been impressed by the central bank response. The Brazilian real has fallen by 11 percent against the dollar since April, as Brazil’s central bank has gradually increased the policy rate by a total of 3 percentage points. A single rate increase of that magnitude in Turkey this week only stabilised the currency for a day.

Traders may be a fickle lot, but they are basically right to worry. Turkey, for example, has relied too much on foreigners eager for high yields to fund its current account deficit, while Brazil has fiscal issues and has been slow with reforms. And higher rates are likely to reduce domestic GDP growth, worsening already fragile political arrangements.

Investors may eventually punish only the countries with the most serious difficulties. But it looks increasingly like the waning of QE will cause global trouble. Central bankers should feel chastened.

A man walks past at an electronic board displaying Japan's Nikkei average (top C) and various countries' stock price indices.

Global equities hit two-and-a-half-month lows on Jan. 30 after the U.S. Federal Reserve pushed ahead with reducing stimulus, raising concern about more emerging market weakness and pushing investors towards safe-haven bonds. The MSCI All-Country World share index fell 0.4 percent to 391.22 points, hitting its lowest levels since early November and taking its losses for January so far to 4.2 percent - on track for its worst month in one-and-a-half years.