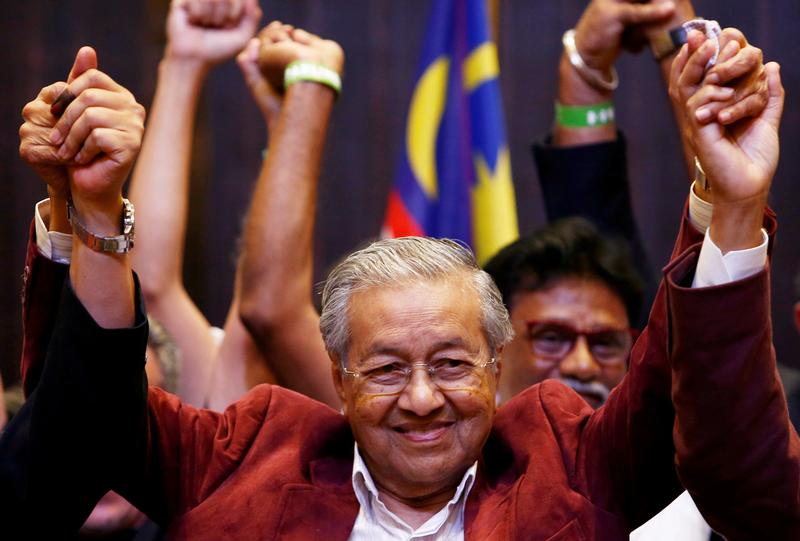 Mahathir Mohamad has won a bitterly contested election. The shock victory will rattle investors, who will fret about the country’s economic growth momentum and future ties with China. For now, a quickly formed government and clear economic agenda can limit market turbulence.

Current Prime Minister Najib was battered by the multi-billion dollar 1MDB scandal and by public discontent over the rising cost of living. He is expected to speak on May 10, at 9:45 am (0145 GMT).

Malaysia’s currency weakened in offshore trading, with the ringgit one-month non-deliverable forward falling 2.4 percent to 4.07 against the dollar.

Trade on Bursa Malaysia, the national stock exchange, will be suspended May 10 and 11.