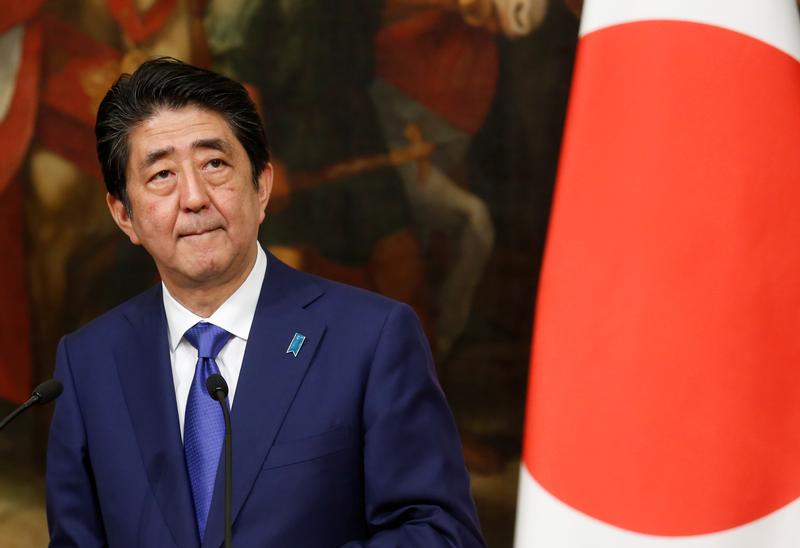 Investors are relaxed about a scandal involving Premier Shinzo Abe’s wife. But the episode underscores a vulnerability. Abe’s grand economic overhaul has broad support – but it is called “Abenomics” for a reason. A weaker leader would struggle to keep up the momentum.

Japanese Prime Minister Shinzo Abe repeated denials on March 24 that he or his wife had made donations to the head of a nationalist school.

A day earlier, school principal Yasunori Kagoike said he had received 1 million yen ($9,000) in an envelope from Abe's wife, Akie, on behalf of her husband. Kagoike's educational group, Moritomo Gakuen, is at the centre of controversy over a land deal in which the school bought property for a fraction of the appraisal price. Officials say the discount reflected cleanup costs.

Abe's wife denied making the donation on her Facebook page late on March 23, but Japan's largest opposition party has demanded her sworn testimony in parliament. Abe has said he would resign if evidence was found that he or his wife intervened in the land deal or helped the school get accredited.