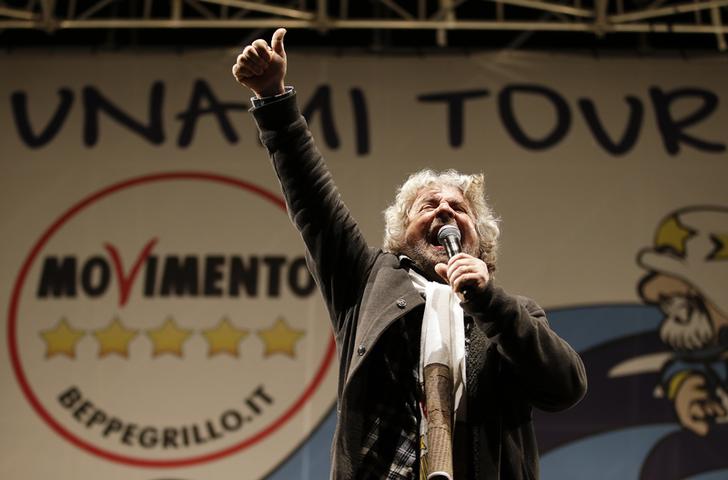 Italian bond spreads have risen nearly one percentage point since Italy’s election. It could have been worse – and considering the risks, it should.

Political reform is a prerequisite if the country is to come out of its economic predicament: only a strong government can implement the fundamental changes that are still needed to boost growth in the long term. There is no doubt that Italy is headed for new elections this year. The question is whether the next parliament will be elected under the current bankrupt system, or under one that could help build a stable majority.

The best chance for reform would be a scenario involving comedian Beppe Grillo’s 5-Star Movement whereby a centre-left government he openly or tacitly supports implements part of his platform: it includes electoral reform, cutting down the number of deputies, and serious measures against corruption and conflicts of interest. Pier Luigi Bersani, head of the centre-left party, hinted at an alliance with the 5-Star Movement last week. Grillo, so far, has turned him down.

A second scenario could see the centre-left and centre-right parties form a temporary government to pass some kind of reform before the new election. This interim period might give the parties time to reshape, and maybe come up with more credible leaders. But it would be a difficult arrangement. Silvio Berlusconi’s party and the centre-left don’t see eye to eye on corruption and conflicts of interest, among other issues.

Any deal not endorsed by Grillo would strengthen him, and it may be in his interest to go back to the polls as soon as possible, because the political gridlock is in his favour. That means that the worst possible outcome – new elections without any changes to electoral laws – remains plausible.

After the initial turmoil, Italian 10-year bond spreads stabilised at about 3.4 percentage points over German Bunds. There is obviously room for them to shoot higher.