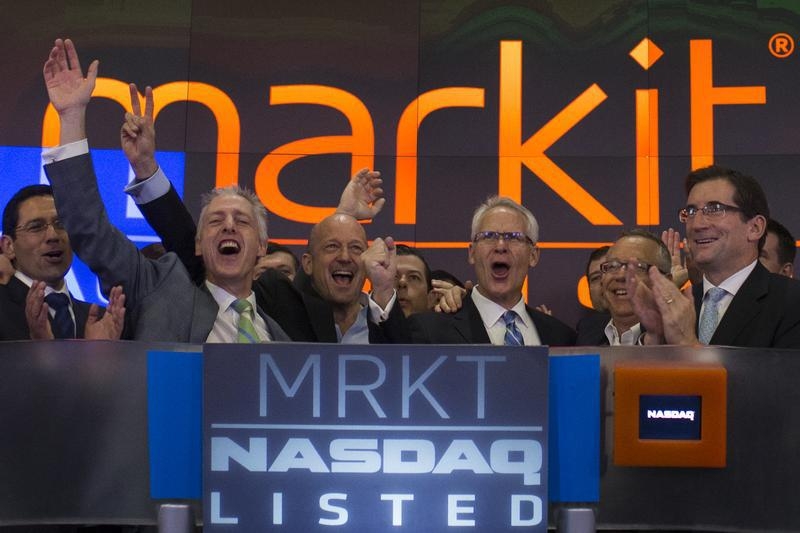 The 15 banks on the data provider’s deal priced it mid-range and increased the shares on offer. Already valued generously, the IPO also looks set for a 10 to 15 pct first-day pop. It’s a case study in what underwriters can do for clients – even if this time it’s mostly themselves.

Markit priced its initial public offering on June 18 selling 53.47 million shares at $24 a piece, valuing the company at $4.3 billion. The number of shares sold was increased by 17 percent from what had been indicated. The shares were up about 12 percent in mid-afternoon trading in New York on June 19.